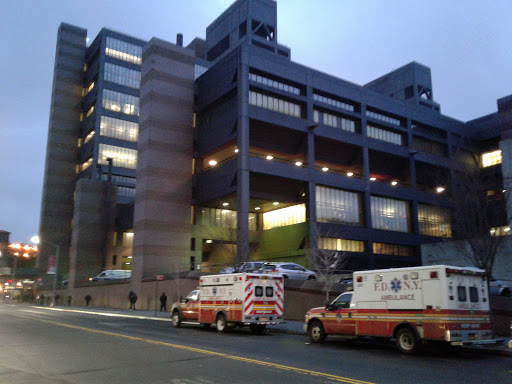 WORST HOSPITAL EVER! My 8 week old daughter was not breathing properly, she was turning purple and was having a hard time swallowing as if she had a lot of phlegm stuck in her throat. We rushed her in the emergency room and we had to fill out so many papers. We explained she wasnt breathing right but the font desk receptionist told us to wait till the registration lady comes from her cigarette break. Like really? After all that, we waiting 3 hours just to see the doctor. Shouldnt a "close-to-newborn" be a top priority, Then to make matter stupid, the doctor, (who by the way took care of me from a stroke and told me it was just a minor panic attack and said I was fine then sent me home) Doctor Alexander Adotey, MD, examined her in less than 2 minutes and said she was fine. We explained everything what happened and was still having problems breathing. He said it was normal and that as first time parents we should not fear a lot. Like WOOOW, what an incompetent doctor. He said our daughter is perfectly fine and that there wasnt anything he could explain or recommend, rushed us out and made us sign a discharge paper that said DIAGNOSIS: PERSON WITH FEARED COMPLAINT IN WHOM NO DIAGNOSIS WAS MADE. We went home and it got worst. We called an ambulance for her and went to Wyckoff Hospital. They attended her immediately and in an instant, Doctor Saurabh Bahl, saw that she had a cold. He examined her and found out she also has Acute Bronchiolitis, Colic and the reason she was choking was because her runny nose from her cold was building up in the back of her throat. Like couldnt the first doctor say that? Doctor Bahl, gave her saline for her nose, was very friendly and professional. He felt like family. He took his time for my daughter and all the patients in the emergency room. I truly recommend people to go see Doctor Bahl at Wyckoff Hospital. And if Doctor Adotey sees you at Woodhull, prepare for disappointment.

I came in for chest pain, no previous heart condition, but it wasnt great. Took them a while till they took an EKG, then I waited for many hours in the hallway crying out to every staff member passing by that I feel like Im losing my consciousness and need help. They just walked past me like I wasnt there. I was extremely dehydrated and the entire time I was there they didnt bother to give me any fluids. So basically I was there for many hours and they did absolutely zero! Didnt give me fluids or anything to bring down my heart rate. After I had a friend bring in food and water I was feeling better and requested to leave against medical advice. Something I legally have the right to do. They didnt care! The doctor straight up told me that if I ask to leave AMA (against medical advice) hes going to lock me up in psych unit, not because of my health and safety, but "so he cant be sued later". Thats after I was willing to sign the legal document taking full responsibility. He said "you legally have the right to leave, but I have the right to lock you up in psych unit". They violated my HIPPA rights by releasing medical information at the desk to someone who pretended to be a friend of mine. This may sound unbelievable for a hospital, but all you have to do is walk into their emergency room and youll see the full picture right away. Update: still getting bills for the nothing they did. Long list of things tough to understand, but Im pretty sure I didnt receive those treatments since they did nothing except an EKG.

Really talented doctor, awful staff! Needed 12 stitches, didnt wait long, a doctor there did a fantastic job sewing me up. The scar will be minimal, especially considering the wound. Very satisfied with his treatment, but the rest of the staff was very unprofessional at best, neglectful at worst. For starters, a receptionist barged in while he was stitching me up to try to flirt and chat the doctor up casually, was asked the same questions by 3 or 4 different people, my paperwork was never taken, woman who spoke next to no English tried to take my blood pressure when it had already been done, nurse made a few mistakes (which, fortunately, the docor called her on), etc. I planned on writing a review defending this place once I saw it had just 2.6 stars, but once I actually got to thinking about it and read the other reviews, I thought about what a poor job the staff here did, other than the one doctor who stitched me up. Still, his competence in the face of adversity and ability to work well with such a lax staff is definitely worth mentioning. If the doctors here are all this competent, its worth the rest of the staff!

The January 28 of this year I went to the hospital by a persistent cough and chest pain, upon arriving at the hospital to emergency nurses looked after me on suspicion of pneumonia, on arriving apart from that I made it clear almost two hours, I am not offered a stretcher, after that I was put on the stretcher lasted two hours more to be helpful, when the doctor greeted me threw me two x-rays and after two hours more it turned out that he had nothing k i had was constipation , and he gave me a bottle of medicine and sent me to my house with the same problem of cough and chest pain a month later with the same cough my Head to my work m,e said k that cough was not normal and sent me to a doctor, guess what ? I came away with bronchitis and my boss told me I couldnt work up to that will present a letter from the doctor returned to the hospital again to find that letter and the Dr. who greeted me gave me another diagnosis and he told me that I had nothing ( i am still with the same cough ) this hospital is not of trust is the worst thing i would not recommend it to anyone unless you want to die.

If you value your life, DO NOT go here. The equipment does not or barley works, NO ONE is on IVs for fluids and NO ONE will give you water unless you get up an ask. I watched a nurse simply pull off a sheet and slap another one on a gurney - WIPED NOTHING DOWN - i mean like ZERO SANITATION. I spent all 4 hours in the emergency room trying to figure out what the hell the doctors and nurses where ACTUALLY doing because they seemed to have a lot of time to joke around between casually tending to patients. Apparently taking someones vitals (after you beg them to do so) means "half-assedly" and resentfully ONLY taking blood pressure, no respiratory rate, no pulse, no temperature. You will wait for hours until they try to squeeze money out of you by vaguely mentioning other tests -that if were needed - SHOULD HAVE BEEN DONE IMMEDIATELY. I honestly dont know how this place passes the standards of what it takes to be a hospital. We left "against medical advice" and probably extending our life spans for seeking medical advice elsewhere. Do not go here, please, just dont.

This place is utterly disgusting. This place needs to be shut down!!!! Its evil and incompetent malpractise!!! My leg might be broken at the shaft so what did they do? they first examined my leg. My foot seemed fine, my knee didnt hurt but I told them I wasnt sure nothing was wrong, my hip was totally fine. Something is really wrong with the shaft, upper leg, what exactly can only be determined by an x-ray. I can bend my leg less than 45 degrees and not at all walking dragging my leg along. So this "doctor?" orders x-rays of my FOOT, KNEE and HIP!!! so they could dismiss me without treating me. Now I have to wait till the storm is over and then search where I can get proper x-rays done. In total I sat there waiting for 6 hours and first I was put somewhere in the hall just to be forgotten. The only one interested in me? Exactly to sign papers and get my info for payment. I wont let this slide off my back and neither should anyone here getting maltreatment!!!!! 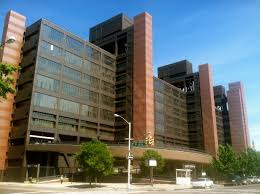 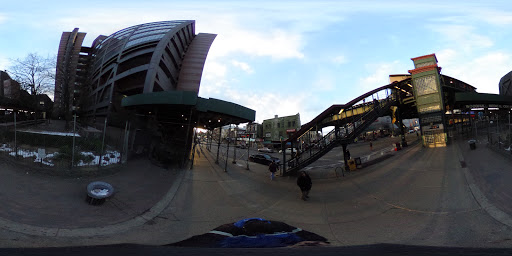 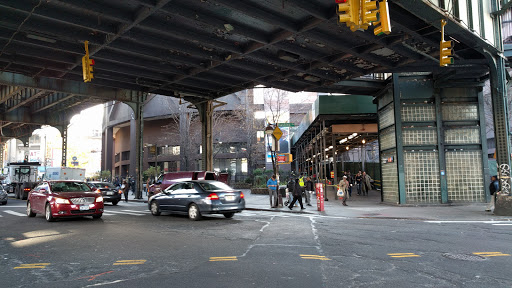 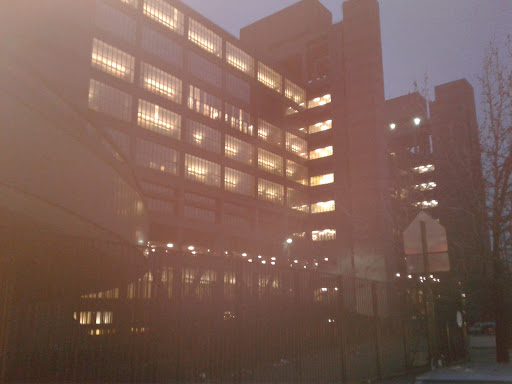 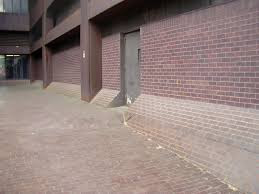 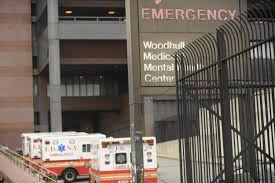 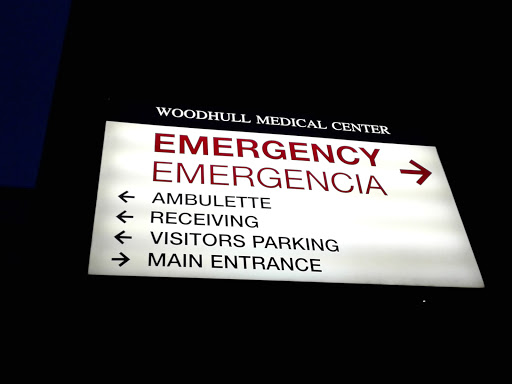 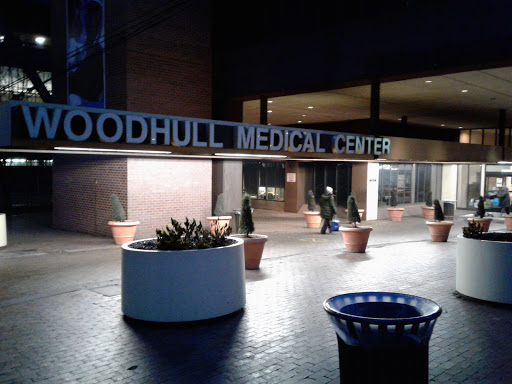 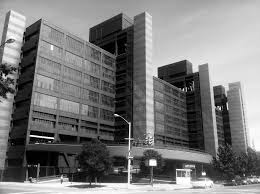 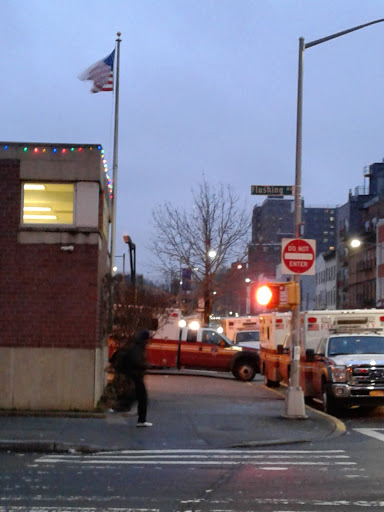 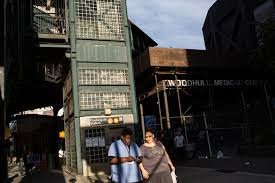 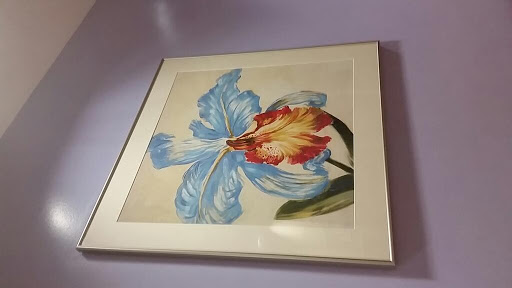 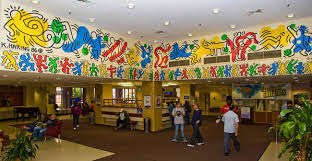 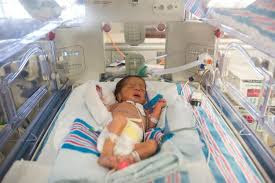 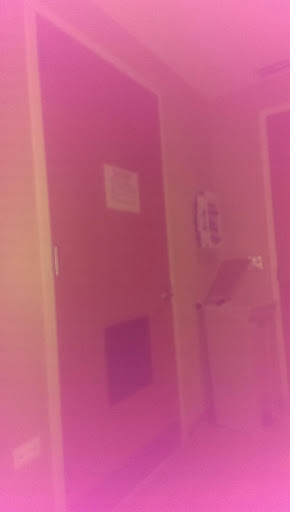