Beware - We brought our 10 year old daughter here to get a skin abnormality biopsied. The doctor only took half of it off leaving the other half. When I called to ask about it, they said that is standard practice for a biopsy. I personally have never had a doctor take half of a mole for a biopsy, nor have I ever known anyone to get half of a mole removed for testing purposes; they have always taken the entire thing. And I quote "It was not medically necessary to take the entire thing." Furthermore, after I called to speak with the nurse, she immediately called my daughters pediatrician and told them I was irate and was yelling and screaming at her, which I most certainly was not. It was very unprofessional for her to call our pediatrician and speak poorly about me. After our conversation, I simply told her I was going to write this review because thats all I was left with. I would let people know that if they come here with a mole, they will get half of it removed. If you want the other half removed, youll have to go through the process again and pay for the entire procedure yourself. Dermatology Specialists is not part of the BBB, so if you have an issue dont expect a resolution. Im not a surgeon or a doctor, but this was my experience.

Yea I dont think I will be returning to ANY of their offices. Especially not to Dr. Madhok. Every time I have had an office visit with him he rushes the visit and to top it off hes rather condescending. When Im paying a decent amount of money to come see you I expect you to listen to my concerns. Today I called their medical records to get the name of my diagnosis from a couple years ago. The lady I spoke with sounded annoyed by my simple inquiry. Isnt answering medical record questions the person who works in medical records job?? After getting the name of the irritation I had I googled it. I could tell immediately by the pictures I saw this was not what I had. So I called back again only to then have medical records transfer me to the nurse line where it rang for 3 minutes. THEN I had to call medical records back again and ask for a voicemail so I didnt have to listen to the nurses line continually ring over and over. They eventually called me back and gave me the correct diagnosis. All in all, it was one heck of process and a lot of work on my part for a simple answer.

Went in for canker sores in 2015. Was told by Dr. "B" that "there was nothing he could do for me - I had stress." However, I paid a $90 copay for a prognosis of "stick it [the canker sores] out." Months later, [still with canker sores] I went to see a general practitioner, who prescribed a topical paste for my canker sores - the sores disappeared in just 2 days! I suffered for months based on Dr. Bs prognosis of "tough it out." To add insult to injury, most recently, I tried to fill Dr. Bs prescription for a different skin ailment. The pharmaceutical company had the ointment on backorder. When the order came in, the prescription refill came in 3 days later than the valid refill expiration date (prescribed by Dr. B in 2015). However, Dr. "B" would not approve the refill - saying "I had to be seen again." Why would one pay another $100+ copay for a doctor who did nothing for me the first time around? Dr. "B" would not trust the pharmacy even when they called asking for a couple more days to refill the prescription.

RIDICULOUS CHARGES! A nurse spent LESS THAN 5 MINUTES COMBINED/TOTAL during 2 appointments, applying a liquid to my sons molloscum (using a bottle that is used by everyone there, its not like they had to discard the medicine), and I was charged $400. Insurance does not cover treatment of "benign lesions". His condition isnt totally benign - it spreads like wildfire and leaves the skin scarred. He has had it for over 2 years with no improvement, we didnt want his sister to get it! I called to ask about a reduction in the price because, again, literally, the nurse was in the room for 2.5 minutes for each appointment. Nope, nothing. We were very happy with Dr. Creswell, but due to the exhorbitant pricing, we wont be returning to this clinic. FOLLOW UP - WE HAD A PAYMENT SCHEDULE WHICH WE ACTIVELY PAID ON, AND THEY STILL SENT US TO COLLECTIONS. NEVER, EVER RETURNING.

I have been going to Dermatology Specialists for a few years. I saw one of their doctors based on a recommendation from a friend. Im in my 50s and had acne at that time. All that doctor did was prescribe a face wash and when that didnt work, didnt offer any other suggestions. Several months later, I found out another friend went to this practice but saw Dr. Cho. I made an appointment with Dr. Cho and have found success with treating my acne, which has gone away, thanks to her suggestions. She took the time to listen to all of my concerns and always spent plenty of time with me. I now go in for cosmetic appointments and am very pleased with the results.

First of all, the receptionists Rock! I got in to see my doctor within one day, which seems crazy fast. Especially, given the fact that I called around and everyone was booked several months out. My Doctor was incredibly nice and listened to what I had to say. Overall, this place meets and exceeds my dermatology needs. Just wanted to say thanks to all the staff. :)

So disappointing. I was on hold waiting to make an appt for my 2.5 year old whose eczema has flared uncontrollably - I was asked for my insurance card which was in my purse. I told the receptionist that I will grab it quickly and she said she was sorry that she couldnt wait and hung up the phone on me! That has never happened to me before...such customer service.

Dr. Chermak is great, but Ive had an ongoing horrifying experience with the scheduling team and the business office, who owe me a $200 refunded deposit from December of 2014. Think: Comcast-level-bad customer service. Dr. Chermak notwithstanding, the dismal level of unprofessionalism of the staff here is astounding.

Ive never waited less than five minutes to get someone on the phone. I even asked if they outsourced that part of the service - whoever is managing the office staff should be downsized. I really like Dr. Cho, but I gird my loins every time I try to make an appointment.

I rarely take the time to write a review, but after having Mohs surgery last week with Dr. Bhardwaj I felt compelled. He and his staff were extremely professional and courteous. It was a great experience ~ I thank them, and would give the highest recommendation.

They were in a rush. They ordered a test I didnt need and prescribed expensive medication without discussing it with me. They only want your money and do not care about your long term health. DO NOT USE THEM.

I wouldnt go back to Dermatology Specialists unless it was the last resource on earth. I had great service with Dr. Whitney Tope in Edina, Academic Dermatology.

Wonderful doctors love Dr. Bussmann she has the eyes of a hawk when spotting possible cancer cells. Dr. Bhardwaj is an outstanding MOHs surgeon. 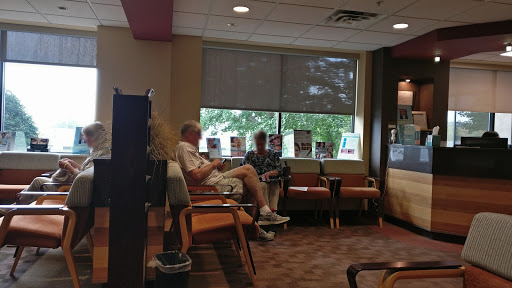