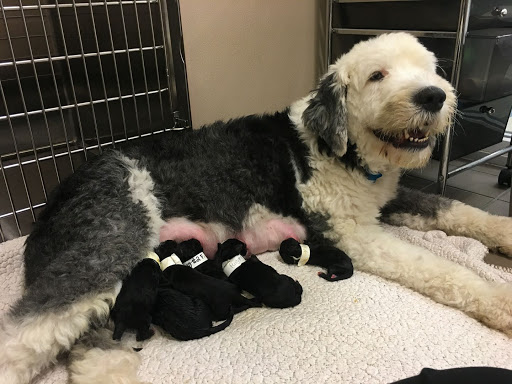 I am extremely upset by the level of care my kitten received at MVS. If my kitten were a human, MVS treatment would constitute malpractice. Potentially because of their actions, my kitten may not survive. At a minimum, I have to put my kitten in very expensive intensive care ($1000+) for the next 24-48 hours as the condition went too long without proper treatment. Heres the full story. My boyfriend first took my then 15 week old kitten in on Saturday, July 16th. A male doctor (I do not know his name) prescribed an antibiotic for an upper respiratory infection. Fine. I have no problem with the treatment during this visit. Over the following week, my kittens respiratory symptoms worsened. Instead of just coughing, he also starts wheezing. He almost completely stops playing. On Friday, July 22nd, I therefore take him back in to MVS and off antibiotics per the instructions on the package. On that visit, my kitten saw Dr. Bates who seemed to think he had improved and could wait to see a regular vet with whom I had an appointment the following Wednesday. Dr. Bates mentioned he likely needed to be dewormed again but that was it. No concern about the lack of improvement in his respiratory symptoms at all. No additional medication or treatment prescribed. No concern that he had not gained any weight (this is apparently a red flag with kittens). I was still very concerned as he was wheezing a lot by Saturday, July 23rd and not playing at all. I thus did my best to get an appointment with a regular vet ASAP. The best I could do was to get him into a vet on Tuesday afternoon. The regular vet is ALARMED almost immediately once she sees him. Not only has he got a severe pneumonia, hes about half the weight he is supposed to be for his age. She explains that his best chance for SURVIVAL is to go into an oxygen chamber. Thats where he is now. It is possible that my kittens pneumonia is being caused by an underlying condition that is not treatable. We are still figuring out whether thats the case but, obviously, that is not the vets fault. However, I feel MVS had an obligation to do a more thorough exam of my kitten and explain the potential situation to me. I am angry that they instead chose to just ignore the symptoms and tell me he was fine. I did not know that he was underweight and that a failure to gain weight in a kitten is quite so big a deal as it apparently is. They should have noted that and been concerned. Just shooing him out the door is completely unacceptable. Taking my kitten in the second time was worse than not having taken him in at all. Had they said they were unwilling to see him a second time, I would have taken him to a different emergency vet who would have acknowledged that he was not doing OK.

My ten year old cat had been vomiting for nearly a week off and on. Friday night she grew seriously ill with intense vomiting. Early Saturday I called my family vet who said they were only open on Saturdays until noon so I would be better off to take my cat to an emergency vet. I am so glad I made the decision to go to the Emergency Vet!! I was given excellent directions to the clinic since I have only been in Madison a short while. The vet tech took us back immediately and took the vitals on my cat and reassured me they would get her the help she needed and the doctor would be in quickly. She was. Every thing was explained to me in detail; I was afforded options. I was given choices. No one pushed me into any decisions nor did they blow me off. I have owned pets my entire life and this is the most friendly, professional place I have been. Yes, it was costly but one expects it to be costly when you go to an EMERGENCY clinic on a Saturday. Tiger Lily was there the entire day and was treated properly. I was shown her Ultra Sounds results, I was told exactly why a suspected diagnosis was given. It is absolutely true, that, just as in humans, so it is in pets that diagnostic tests need to be administered before a conclusion can be drawn. I feel once you take responsibility to assume care of an animal you owe it to the animal to do what you can to make its life a quality one. That is also the mentality I sensed at this clinic. I cant believe some people have rated this place "poor" and other negative things said about it. I rate it excellent for cleanliness, friendliness, QUALITY of CARE and expertise. These docs didnt just read a book on "How to care for Kitty." If you want quality, you pay for quality. To ask for money up front is absolutely acceptable in a practice where they may never see the patient or the owner again. Do you want your animal to get well? If so, do yourself a favor and go to Exceptional Care for Animals. I was not disappointed and my beloved cat is on the mend and I am ever grateful for their care and concern.

I took my cat there this past sunday because she had a UTI and I wouldnt be able to take her monday to the regular vet, plus Id rather get it treated right away then make her wait. They gladly took her, even though I wouldnt consider this an "emergency" they still examined her. They let me know that most likely it was a UTI but if it continues it could be bladder stones or diabetes. They gave me the option of going ahead with further testing or to try the antibiotics and see the results. I chose the antibiotics for now. They said theyd fax the information to my regular vet so theyd be current on the situation if I needed further treatment. They never tried to take advantage of me, I read everything I signed and was aware of the charges. I also dont own a pet I cant afford to take care of, which is why I was able to take her to the emergency care. As a 22 year old animal lover & owner, I believe its cruel to not have the finances to provide care for your pets. Either get pet insurance (as low as $6 a month) or put away money for this animal in case of an emergency, read what you SIGN (which can have some ifs, ands or buts in them). Be aware of the cost though. This is an expensive visit, for this particular trip it was around $110 (and that only provided medicine for the first few days, I was warned in advance the medicine wouldnt last all 7 and would need to be refilled). If I would have had the option to use my regular vet I would have but on a sunday thats not an option and this was a fair alternative.

Yes, Beau was signed over early Saturday morning after being given little to no information other then I needed $7000 or I had to sign my dog over. A call was made again on Monday which no one would give me any information. We were able to get his information transferred to two other vets that stated Beau could have been taken home Sunday and his leg only needed a pin not an amputation. Then when shifts changed Monday evening it was noted in the file the dog was relinquished a second time. Which did not happen, the staff stated to talk to the manager Carrie whom would be in Tuesday at 9 AM. The ER Director returned my call stating the dog was relinquished twice and they proceeded with his care prior to confirming that was actually the case. At no point will the dog be returned to the original family. The ER Director also stated my previous review was "drama". Im sorry that you feel cancer is drama and finding comfort in a pet during a difficult time isnt important. In fact so not important you took a dog away from its owner and gave it to a staff member. Whom in turn spilled everything on Facebook. We could argue all day but a word of advice dont take your pets here and if you have absolutely have no other option get everything in writing because its there word against yours. Also dont count on anything being confidential. 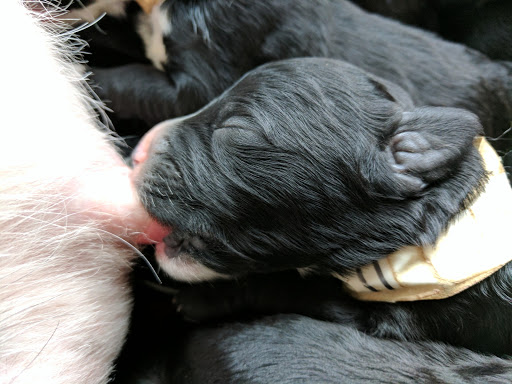