Today September 23, 2016 .. I called in to make an appointment for both my parents to be seen. My parents both immigrants from the Dominican Republic who have now became citizens. I called and the first thing the receptionist said was (her name is Cindy) .. You cant make an appointment for both of them. I said why not? She proceeds to then tell me that because they dont speak read or write English they cant be seen together, "its too much work for them". Excuse me? So 1 that was a completely racist comment. Then I tell her okay but I am both their translators, I do this for every other appointment. She then tells me why would they want to come be seen here if they dont speak English ? If we dont like it call somewhere else and thennnnn she hung up on me? I tried calling back and no answer so of course I showed up at the actual office to go and give them a piece of my mind. At no point did I curse at them or get physical you know us as Hispanics the second we open our mouths were crazy trying to ruin this town. I have it all recorded on video so I will make this into a complaint and have already contacted the better business bureau. I highly recommend that no one visits this business. They are racist above all against minorities and are rude beyond measures. If you dont like your job and the people you deal with then maybe you shouldnt be working there. Just some advice CINDY !!

This is an old and new complaint to first: two years ago I went to Dr. Weiss after I no longer had access which he is one of few that accepts. But I kept going to his office after that I paid $900.00 for a pair of dentures (which was the more expensive). The fit was horrible they are loose and hurt too much to even wear. I went back to get them fixed and Dr. Weiss ground them down so bad that the teeth were gone and only the pink was left now that doesnt seem right for that kind of money. He wouldnt remake them or make them right. Second: just the other day I had such a tooth ache and infection in my mouth I called out of desperation to get in the receptionist that answered the phone was extremely rude to me and this time I now have insurance she said she would call me back in a few minutes after verifing the insurance meanwhile the next day she called back and was more then happy then to make me an appointment. By this time I told her forget it and decided on going to another dentist.... In conclusion I do not recommend this office at all for dentures, partials or treatment.

Dr. Weiss is great but most of the receptionists are very rude. One in particular goes out of her way to be a giant witch who thinks she runs the place and is better than everyone else. Id you are on state insurance (Access, Medicare, Medicaid, etc) she will treat you like you arent worthy of her time. She even went as far as to throw out my step paperwork (I live 2 hours away and I get paid for the mileage) and then get it back out of the trashcan when I asked for it and she said "I sat it there and no one ever picked it up" (she sat it on the counter behind her glass window while I was in the back being seen by the dentist, how was I supposed to get it or even know it was there?) Basically anything she can do to make your day unpleasant she will. That being said, Dr. Weiss is very nice, funny (a little quirky), and makes you feel very comfortable and he did a fantastic job with my false teeth (and being only 26, I was very worried that they would look fake and Id be stuck with them) and you cant even tell they arent real!

I have been a patient for well over 20 years and have had no problems....UNTIL TODAY. I was given an appointment at a specified time, then was called three days prior to confirm. Well, today I was telephoned from the EXTREMELY RUDE AND IGNORANT front desk receptionsist that I was late for my appointments and could not come. Both myself and my husband were supposed to be seen at 130, this was at 105. She then proceeded to get loud with me when I called back to complain, and hung up the phone on me TWICE. I WOULD NEVER expect to be spoken to and then hung up on by a so called professional. I will NEVER go back to this dental office, due to the lack of respect and ignorance by the front desk staff. dr Weiss, you really should think about hiring some women with some manners, from what i read here you are losing patients FAST!!!!! Too bad =(

I am sure that most of us in this area are having a hard time finding a dentist who takes public access, and it seems that this dr is the only dentist who takes our ins.. Dont go to see him.......I took my mother in law in to have dentures made. The first visit was ok, the receptionist was a bit harsh and the dental hygenist was nice to her. But when i took her for the 2nd visit to have her remaining teeth pulled. He strapped her arms down and didnt allow enough time for the oral numbing agent to take effect. He ripped out her teeth and took some bone with it. When she came out, her face had blood all over it. Her gums bleed all day and she was in terrible pain for over a 2 weeks. She told me when she cringed from the pain he screamed at her to open her eyes and look at him. I regret ever taking her there.

Every time I have had to go into this office the receptionist portion of the staff is just simply put the worst. They are extremely rude and down right almost disrespectful. Unprofessional and very condescending. They are not helpful or empathetic in any form and they just promote negativity and determent from even wanting to go back into this office. Very poor experience and they should all be trained on soft people skills along side customer service since its obvious that they have none at all. Worst staff ever, honestly should be ashamed and if I were the Doctor there I would seriously wonder about how much money this staff and their behavior are costing me.

There should be something done about the receptionist there blonde curly hair shes horrible with people shouldnt be working as a receptionist shes giving the dentist a bad rep!! The dentist himself is ok but he should hire someone who is more people friendly! I had told someone about this dentist office as well since they were looking for a dentist and new to the area I was told she went and would never go again because of how rude the receptionists are! I will hover continue to use this dentist because its closest and walking distance but for someone with a vehicle Id recommend you go elsewhere for better service! 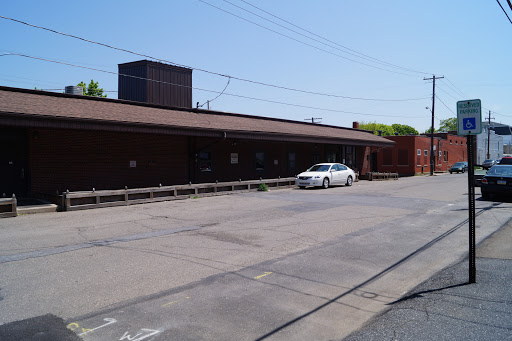 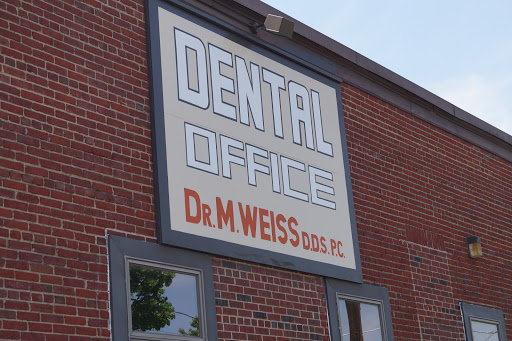 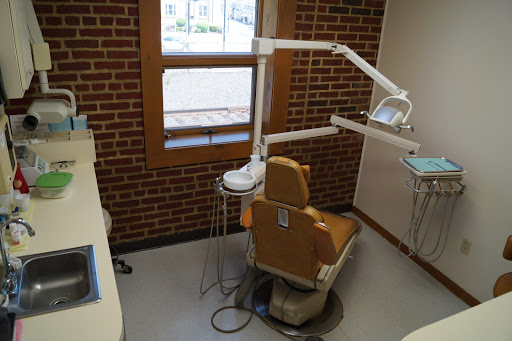 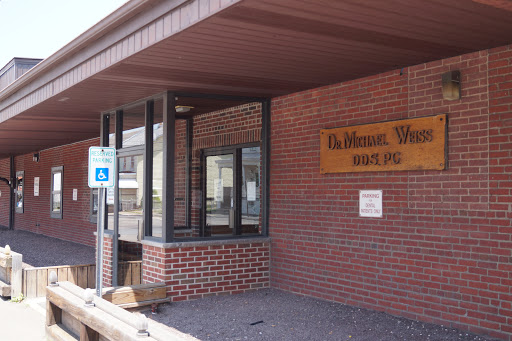 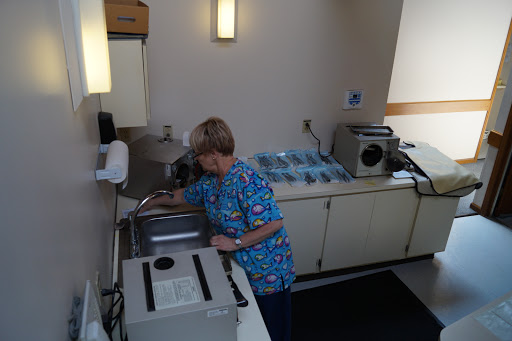 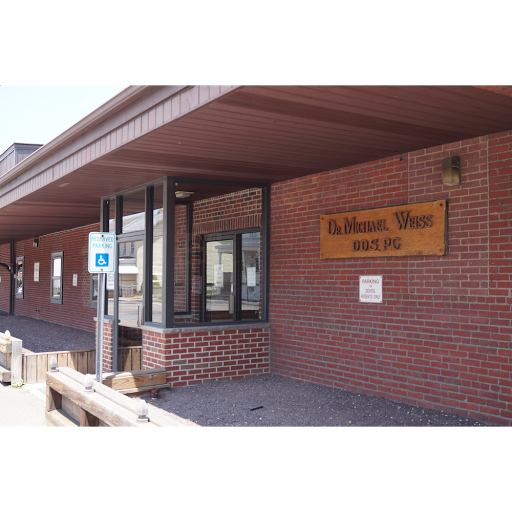 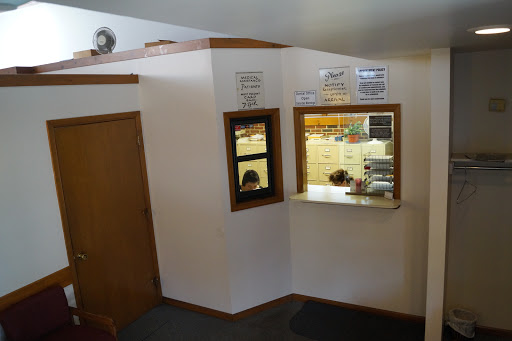 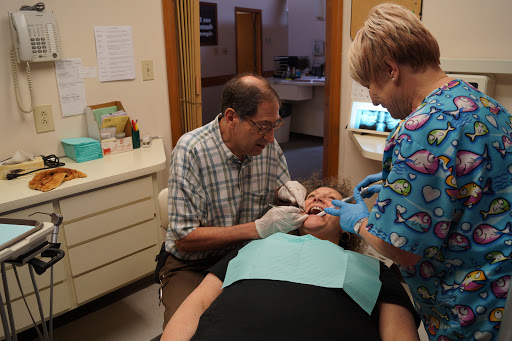