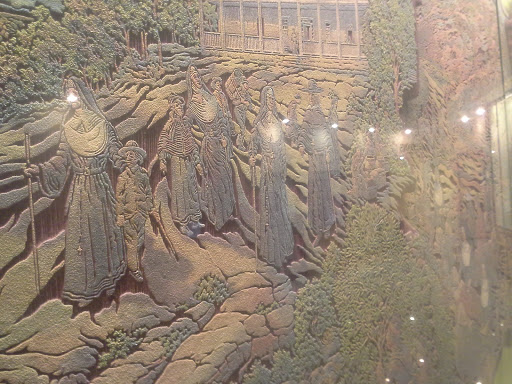 No mercy should be the name if it was honest. Ive had a cousin die of a heart attack while waiting to be seen in the er ,another one die on the operating table from complications from a bariatic surgery that should have never been performed. They sent me home with a gallbladder about to burst with pain pills and said it was nothing. My neurologist from Cooper found it out . Sad but all true. Then to top it off I had to have emergency surgery there to remove it and I am a high risk patient I woke up with a oxygen level of 70% and strangers saying hello dad in my room when I have no kids. To make it worse through the night my temp kept rising to over 102 then they just quit taking my vitals and refused to give me anything for pain or fever and decided I should "walk the fever off at 3 am " which only made it worse. Then sent me home with a serious post operative infection and no antibiotics and six cuts and major damage to my right lung. Which the dummies even wrote down on the paperwork they sent with me home. Now I am struggling to breathe, on 4 lung meds a cpap and nebulizer for life and hopefully avoiding oxygen till I am 40.

90 year old Mom on 4th floor. She has dementia and was admitted from the nursing home for slight rectal bleeding. Was given an upper GI, no signs of ulcers, etc. Pressured by everyone for her to undergo a colonoscopy, which we finally agreed to -- if NO anesthesia, just a sedative, due to a pacemaker. When she wouldnt drink the 64 ounces of prep cleanser, they tried to put a tube down her nose to get the fluid in her. This was done without our permission. They were unable to get the tube inserted, so they were going to try the liquid again. We suggested they give it to her a cup at a time and then let her take a few sips of juice or soda. We were incorrectly told by Jennifer and Kendra that NOTHING but the prep liquid could be given. After several "discussions" back and forth, we decided to get Mom out of there. I have to agree with the other review...stay away from the 4th floor!

I went to the ER this morning suffering from severe symptoms from a spinal cord tumor which was discovered earlier this week by MRIs. I spent 6 hours in the ER in which 3 of those I was left completely unattended and not checked-in on. I chose to check myself out of their care after hearing an ER doctor and an ER nurse refer to me as a "CRIPPLE." I was continually demeaned and belittled after questioning my care after the 5th hour in the ER. This was all done in front of my 5-months pregnant wife causing her undue distress and bringing her to tears seeing me treated like dirt. This was the most awful and unprofessional experience I have ever had at ANY hospital, anywhere. Period. I did not feel safe or comfortable in their care after my experiences and cannot refer anyone to this hospital for care.

WORST experience possible for my Mentally Impaired Son and his brother to go through!! They tell you to go to ER for help, then have you sit there for hours on end (on Christmas Eve day)...just to have the ER Dr Chris Bell come in and start screaming...literally screaming at my son for wasting their time! Bottom line, my son goes for help because he cant get it anywhere else, and ends up IN JAIL Christmas Eve and Christmas day!! Other son was escorted off property for trying to explain to the good Dr. Bell what was going on with his brother. Dr. didnt even speak to my ill son; Had no clue what was happening or why. Didnt care one bit! They havent heard the last of me, I guarantee it!!! Who do they think they are???? Totally unacceptable! Mercy?? RIGHT!! I wouldnt take an animal there for care.

I went into the ER with kidney failure. Naturally it did not show up in their triage room, where they put an EKG on you. I was made to wait three and a half hours before seeing a doctor for two minutes. I could have died in the waiting room. The triage nurse was nothing less than a sociopath and I was only given a bed after my girlfriend, a Doctor of Nurse Practice, got on the phone with her and told her whats what. I was given a bed 10 minutes later. Saw the doctor for two minutes and given IV, nothing else. Was discharged an hour later still in kidney failure. I have recently moved to the east coast, where the medical establishment is professional and proficient.

I went to the ER due to severe pain in my back, I never saw an actual doctor, only a PA who spent at most 5 minutes with me, my husband, and my sister who drove 2 hours do she could take me to there. Then a nurse came in have me a shot (she neglected to tell us what is was) and then 20 minutes later a guy came in to release me. The paperwork didnt say what had been done/given to me and when I told him that I was still in pain he said the shot could take up to an hour to kick in. No tests were run, no imaging, not even blood work. This was by far the worst hospital visit in my life and I do NOT recommend that ANYONE go to this hospital!

I was in the ER with my father. The wait wasnt bad. However the nurse that called him back to get his vitals might need to look into a new career. I understand the amount of people they may see but if you have to take a smile. Sometimes just a smile makes a world of difference to a patient. My lamp shade has more personallity. I went to the cafeteria to grab a bite..... Not impressed at all. The wait staff is beyond rude. Salad bar was empty the counters were nasty. Not just the wait staff was rude but a RN was just as rude. Salad was brown. Most of the sides to add to the salad were empty. Not happy with my service or my visit.

Abhorrent patient care and follow up. If I could give this hospital 0 stars I absolutely would. Assigned case manager failed to do anything required or remotely expected of her. Doctors communication skills were on par with a 2nd grader, nursing staff on the unit were more interested in their personal lives than in their job duties. Would rather have a patient mess the bed than assist to the bathroom. Communication was a non-existent. Pushed their rehab services and ignored requests to facilitate transfer to a competing rehab. If this was the only hospital in town you would have better care at a vet hospital.

We were there with our 7 month old who had been throwing up for over 24 hours, had the shakes, and unable to keep his medicine down. I know this time of year (FEB) there are a lot of sick people, and the emergency room would be busy, however I didnt expect a 4 HOUR WAIT. We were in there for over an hour, watching a very sick older woman puking into a bag the whole time, before I asked how long of a wait we were in for. At least 3 more hours! They only took 1 person back the hour we were there. We left. It was a very horrible experience. The hospital used to be a great place, now it doesnt even deserve 1 star. 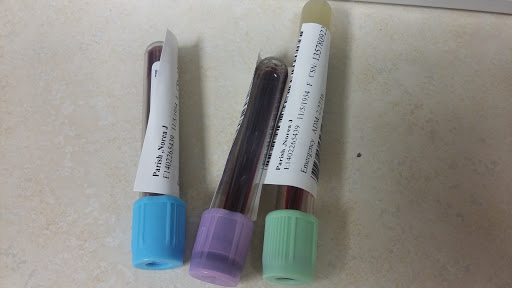