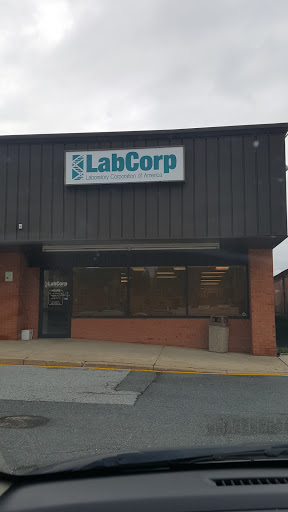 I was skeptical about the reviews, but you should believe the low ratings. If you do decide to go- do not let LAKISHA Jeter take your Blood! First of all I came here with a positive attitude and I knew what to expect. My baby (18 month old) is Anemic and needed blood work for hemoglobin. I came on a Wed. 12:05 and left in tears at 1:20. These people hired are unprofessional to say the least. They look and ACT like they just came out of prison. No exaggeration -go take look yourself.To be fair the only one that was nice was the receptionist which also takes blood. So my daughter went in- I held her as the mother ALWAYS holds her baby when they do blood work. TWO people came in at first to take her blood. A an ok women and a witch called LAKISHA JETER. She kept criticizing my 18 months old baby because she was moving and then after that she told her "I am not gonna be Mrs. Nice no more" and she held my daughters tiny arm and tied that ribbon so hard her hand turned pale and held her as if she was taming a dragon. Mind you TWO other employees were in the background looking at this scene as if they were all trying to tame a lion or something. No compassion whats so every to this little baby. These two women poked my daughter twice and still didnt get enough blood. LAKISHA BROWN- that witch was so pissed she started blaming me and my 18 MONTHS OLD DAUGHTER for moving around and wanted SOMEONE ELSE TO HOLD MY BABY! These people are NUTS!!! I would never leave my baby in these peoples arms EVER! After putting my daughter in so much pain. Another two poked her for the third time and were able to get enough blood. One toke the blood and another "held down" my daughter. Usually just ONE person takes blood from the baby and does it successfully so no need for everyone to gang up on an 18 months old and treat us horribly. My Daughter and I were truly traumatized by this experience and I will not go back to this location Again. This was a horrible experience. I was in tears seeing how bad they treating my baby and pretty sure how Lakisha Jeter held my baby was child abuse.

I called today to confirm the holiday hours before I brought my sickly mother out and was told the office will be closing at 5pm. I arrive at 4:45pm doors locked and lights out. Mean while the clock on the office wall says 4:45pm, so I call the office and the answering machine picks up. The tech who walks to the door looking at her watch says their closed. Closed I said its not 5pm yet, she replied we use the shut down time based on their computers not the clock in the office or universal time... That doesnt sound like good patient care to me. I pushed the issue to have my mothers pre-operative labs drawn since the office was officially still open. Labs done but not good business practices at all..

The only 5 star review is by Brian Jeter, the nasty employee everyone complains about is Lakisha Jeter... Think theyre related??? Anyway do not go in this ghetto nasty dirty place. Unprofessional? How about down right nasty! Loud obnoxious and ignorant. Will totally ignore your presence.. Then speak in some ghetto language that is barely able to be deciphered. "Hope aint nobody here for no drug screen cause we aint doing none" just really really nasty attitudes. After the test I had pee on my hands and I was told I wasnt allowed to wash my hands, I had to sign paper work, use the community pen that someone will use after me, even though I said I have urine on my hands....

We went and tried to explain how we has a time limit for the test and that we had already been to 2 other locations. The female staff was rude informing us not to rush them and that they didnt know why we though we would be seen immediately. We apologized and told them we were aware it was short time and that weve been driving to different locations and she didnt think she could hold her pee anymore. They werent understanding and proceeded talking under there breathe loud enough for Us to hear . they kept saying stuff like theres a process and they didnt know u we thought we would b seen immediately. I felt as thou they were very confrontational. And needed the last say.

I have neem using this particular labs for the past few years. I have come to them when other facilities have neen unable to obtain my blood a d this lab does it flawlessly and it is painless. I have a labcorp less than a half a mile from my home in Newark byt chose.the drive 11 miles to this particular Labcorp because of their professional ism, expertise and I am usually in and put in under 30 minutes. Great staff and extremely experienced at their job. They treat you like a person, not a number. I highly reccomend them.

I arrived at 6 am and was fifth in line. I waited an hour to get my blood drawn. There were two lab techs there at 6 am and another arrived at 6:30. I work in health care and this should have taken 20 minutes max. When I was finally called, I barely heard the lab tech call my name. She then pointed to where to go and did not say a word to me. Not even a hello when I said, "good morning". The service here is completely unprofessional but I hear it is par for the course at this location.

This place is a joke, NOT RECOMENDED FOR CHILDREN- the waiting time is ridiculous the staff is the same. I had scheduled an online appointment at 9:15 for my 1 year old arrived on time waited 25 min to call my name after I get up and ask how they go down the list and if they considered and respected appointments. Info was taken waited 1hr 30min to get called that was after they call the 9:45:appointment and got up and say I had a 9:15 they responded with ok your next!!! Well ok come back

This lab is a disgrace, waited for 10-15 min to be waited on, only two people ahead of me, 4 employees standing around while 2 were taking information. Now they have no record of me being there, lost my blood and stool, because they said I never logged in, even gave them the dates for 2 different days, what a bunch of unprofessional employees

I have gone to this Labcorp for years and have never had a bad experience . I dont think I have waited more than 15 minutes. The staff,from the front desk to the person who draws blood.,have always been courteous, friendly , and professional.

In at 11:19 for pre-employment drug screen, out the door 15mins later. Employees were very nice and professional. I especially took notice that the gentleman sitting next to the sign-in clipboard let another employee know that I was waiting.

Ridiculous. ..I have been here fot over 10 minutes just to pick up lab results. ..and the staff is extremely rude...have to find another kab now...avoid them if you can...wish zero stars were an option

Today was my 2nd time getting blood drawn here and both times were very nice experiences. The staff are very friendly and I was taken care of in a very timely manner. Great job!!!