Elderly care is at this facility is Non existent! My 98 year old mother was admitted here about two weeks ago to be treated for a very bad UTI as well as a broken leg from a fall at home. The UTI has brought on some dementia like behavior so they have been giving her meds to calm her down and knock her out. Even though her records state that she is Blind, as well 90% deaf and has limited feeling in her hands she is left to fend for herself at meal times if there isnt a family member by her side. Why is there no patient advocate there to help someone in my mothers condition is unbelievable? When we question the staff they say she wouldnt eat, she never touched her tray. They also say she refuses to use the call button. "Common sense would tell you she is needs help she is 98, BLIND and DEAF! She has since been transferred to the Geriatric ward because they insisted she would have more hands on down there. They transferred her to down Geriatric the weekend of 3/29/14 and within this time to today 4/3/14 she has "fallen out of bed and fractured the other leg" lost her upper dentures and we are being told that her UTI has returned they did the urine test and came back positive and she needs to be back on antibiotics. Then on the other hand we are being told she does not have a UTI ?? I find this so unbelievable that a Medical Center is allowed to operate like this. My frustration comes from the lack of concern from the Nurses and the Doctors in charge of my mothers health as well as the lack of direction from any of them telling us what the game plan is for my mother recovery.

Only good thing is that there is no wait time in the ER. But I think this is a management strategy to entice patients to the hospital. The nurse took my vitals information on a brown paper towel-very unprofessional. The Dr. hardly checked me out and when I noticed he wasnt keen, I didnt bother to tell him what else was bothering me. Another nurse came to give me medication (which they really insisted that I should have) and he told me not to come back to the hospital since he knows my pain would get worse, but the medication should help. Apparently this is another management strategy to make their right first time numbers look good. Any health professional who has heard this statement is always shocked. My pain did become unbearable more than a week after my incident, but I made sure not to go back to Nashoba. I have added it to my list of hospitals not to visit.

Ive been to this hospital 3 times in my life since Ive lived here. First time was when I was very young and sick with the flue. The nurse had no idea what she was doing and repeadedly took my blood hurting me after the 4th attempt as she pinned me down. 2nd time I came I didnt even enter the location, the door for the ER was locked. Yes thats right LOCKED, good thing the ER is fully accessible. Not only was it locked but we called the office and nobody picked up. 3rd visit to this horrible place was my boyfriends mother who dislocated her shoulder, we came in and they proceeded by not taking care of her for two hours with no other person in the ER. This hospital is trash and if it werent for my boyfriends mom I wouldnt have ever come back. Nice to see they still havent figured out how to accommodate customers.

I came for emergency surgury. They missed a round of my pain meds, and I was yelling and screaming for about an hour. I was flailing in pain, my food tray fell, and the nurse finally came in and told me Im not allowed to swear; while Im still enduring immense pain. A day later they forgot to change my IV fluid. Even after buzzing them constantly... Moreover my incision got infected while here... ***Update*** After that whole fiasco, they failed to run it through my insurence company. They rarely returned calls. Finally I wrote a letter stating I will take legal actiom and they called me back. To this day Im fighting with them just to simply run it through my insurence, whom they accept/is in my insurences network. This place is where nighmares come from...

My family Milhomme was patient there since 1970 to 1986 til we lost my sister margrette Moran 2002 and my father was hit and run killed 1980 July 16 name Henry Joseph Milhomm e and my mother Edna May Milhomme died in 1985 from medical health problems broken heart 1985 March ? My brother in law Steven Moran died there. Dr James Barzun was our family doctor from 1970 too 1986 he was a amazing doctor and human being who care about all his patients. I loved him and his wife Katherine God blessed them both

We had to rush our 2 year old to the ER, we were seen right away. ALL the staff was kind. They began working on him immediately and a treatment plan. We had to stay for 6 hrs and they kept checking in to make sure we were comfortable as well as my son. Great place and great people, we are not from the area and definatly glad we chose Nashoba Valley.

Weve been to this ER twice and while its nice not to have to wait in the waiting room the staff is rude and doesnt listen to the patients. Horror experience and will never go back.

One of the worse ER experiences I ever had. Nurse I supposedly had didnt come in for 3 hours after I was there. So uncaring!!! 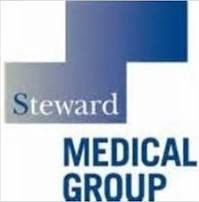