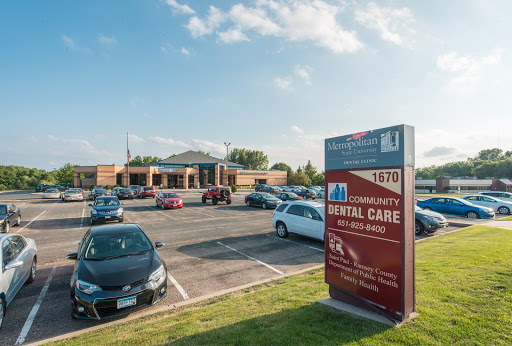 On 9-2-15, (12ysold) and (9 yrsold) went for their first visit to the dentist. Myself and the 9yr old had been called in first while the 12yr old and my mother were called after us.The hygienist took xrays of the boys.(We have not been shown xrays yet) After the teeth cleaning, DR. PERKINS came and talked with me about the 9yr old having 5 cavities. She stated that she can get them all filled today. By this time, my mother and the 12yr old was already getting his teeth cleaned and he has 3 cavities also. I want to mentioned that while I myself have been to the dentist before, NEVER ONCE DID THE DR. PERKINS showed us the x rays of the boys teeth and take her time to explain to us about the results. WE are just going by what she tells us. Dr. PERKINS did not seemed friendly at all.She just informed us that they needed cavities filled. My mother agreed to get both the boys their teeth filled that day. Luckily, the boys were just right across the hall from each other, so I can see my mother in the other room with the12yr old . Before getting their teeth filled, my mother asked Dr Perkins if it was necessary for the 9yr old to get all his 5 cavities filled, since one of his tooth was just wiggly baby tooth that will come out eventually. Dr Perkins convinced that they needed to come out. DR PERKINS started on the 12 yr old first. I WANT TO STRESS THAT I HAD ASKED DR PERKINS IF SHE WILL BE USING ANY ANESTHETIC ON THE BOYS AND SHE ASSURED ME THAT THE CAVITIES WERE NOT DEEP AT ALL AND THEY SHOULDNT FEEL A THING. HER OWN WORDS WERE "THEY WILL NOT HURT". She assured the boys to raised their hands if they feel any pain. The boys raised their hands about 5 times to tell her that they were in pain. She continued just to tell them that "it shouldnt hurt". Its apparent that the boys were in a lot of pain. She was negligence towards their concerns. Shell just stop and say "Well, lets continue to the next teeth if this one hurts" instead of figuring out whats causing it. DR PERKINS WAS VERY VERY RUDE. If you hate your job, then why do it. If youre not good with kids, then why would the dental even let you work on kids? The dental place should know DR PERKINS and not even allow her to work with kids. These kids have been traumatized from this one experience. Im so disappointed in the way we were treated. The assistant and DR PERKINS WERE TALKING AMONG THEMSELVES ABOUT HOW MUCH THEY HATE SOMETHING SOMETHING. Very unprofessional. This business needs to be shut down. Dr PERKINS used the gag on the boys and I could tell she was just an angry person. She purposely cranked the gag mouth piece higher than Ive ever seen and the kids mouth was sore for a week. I have been emotionally distressed by this. The day this happened, I called the and talked with the manager Vong and expressed my concerns to him. He pretended to be sympathetic and explained to me that sometimes they dont use anesthetic on the boys because it if the cavities were just on the surface, then it shouldnt hurt them, BUT I ASSURED HIM THAT IT DID HURT THE BOYS AND THEY RAISED THEIR HAND CONSTANTLY WHEN IT HURT. She will continually tell them that "Oh, it shouldnt hurt" or "Oh, well, then lets move on to the next teeth", Or "Ok, ok, ok, ok, next one!". I am pretty pissed at how we were treated. After talking to the manager VONG, he assured me that he will talk to DR PERKINS and ask her side of the story, ask why she decided not to use anesthetic on the boys and hell look at the xrays over with her and call me back shortly. I WANT TO STRESS THAT THAT WAS ALSO A LIE. VONG HAD NEVER CALLED BACK FOR A FOLLOW UP NOR DID HE CARE ABOUT HIS PATIENT. THIS BUSINESS NEEDS TO BE SHUT DOWN. IF YOU CARE ABOUT MONEY BUT NOT THE PATIENT, THEN WHY HAVE A BUSINESS THAT CLAIMS YOU CARE ABOUT LOW INCOME FAMILY. It has been 1 month and half and never a called. IF HE REALLY HAVE "FORGOTTEN" THEN IT JUST COMES TO SHOW HOW MUCH THEY DONT CARE ABOUT THEIR PATIENT. I must add that while we were checking in and stuff, the receptionist was gossiping to the interpreter about their PATIENT!

With very poor insurance, my dental care was extremely limited for many years. As a result, I had to endure many years of "not-so-great" care from the Sm*le C*nt*r whose clinics held a literal monopoly on dental services for people such as myself with very limited resources. The quality of care I received at these former clinics was very disappointing (to say it nicely) and actually made me fearful of even going to the dentist! Recently a friend made me aware of COMMUNITY DENTAL CARE in Maplewood. My friend had many positive things to say about her experiences. With my back against the wall and suffering a dental emergency (that hospitalized me for three days on IV antibiotics), I contacted COMMUNITY DENTAL CARE. I was most surprised that their clinic was sympathetic to my emergency and scheduled me "immediately to address my emergency.... and did so even though I was a new patient whom they had never seen before! My first impressions of COMMUNITY DENTAL CARE were very positive. The atmosphere was very friendly and everyone from the front desk to the staff were extremely kind and very polite and treated me like a person. The dentists addressed my dental emergency competently and were very friendly in answering ALL my questions and in easing my concerns. I was VERY happy with the treatment I received. When I later scheduled for an exam for a few weeks later, I was contacted by COMMUNITY DENTAL CARE just the day prior to my appointment. To my alarm, I was informed that I would be required to self-pay for this exam "in cash" as apparently my insurance provider was under the mistaken impression that I had already used my insurances allotted (once every five-year-exam) with the previously-named clinic (which was inaccurate). I conveyed my great disappointment concerning this new development to the receptionist at COMMUNITY DENTAL CARE and explained that an error had been made and that my former dental provider had obviously billed me for services they NEVER provided. The COMMUNITY DENTAL CARE receptionist was very understanding, but did not know what could be done... and reiterated that I would still need to "self-pay" for such an exam (which I could ill-afford). Understandably, I was MOST disappointed after this call. However, within 5-minutes the receptionist called me back and informed me that she had spoken with her supervisor and were willing to wave this "self-pay" on a one-time basis. I really appreciate COMMUNITY DENTAL CARE in Maplewood. They actually stand by their mission statement and sincerely care about their patients, and show proper respect and dignity for their patients. Unlike another dental care provider (that shall remain nameless) COMMUNITY DENTAL CARE cares about each patient individually and never reduces their patients to assembly-line dentistry with an emphasis on quantity versus quality. Being treated like a person means so much and I cannot say enough about COMMUNITY DENTAL CARE in Maplewood. Im very happy.

I have never been to a dentist where I had to endure an exam and cleaning in a large, open room containing 5 or 6 chairs. There was absolutely no privacy and the environment was extremely noisy and busy. The hygienist took my blood pressure and told me it was high; no wonder, considering I was in such a chaotic environment. I should point out that I have no phobias whatsoever pertaining to dentistry. Toward the end of my appointment, which took longer than the 1 hour allotted, it was obvious the hygienist felt rushed, considering she kept interrupting her work on me to answer questions as to when she could get to the next patient. The whole experience felt like I was on an assembly line. The dentist herself was friendly enough, but she introduced herself upside-down while I was flat on my back in the chair, and never removed her magnifying glasses, so I had no opportunity to look her in the eye. Throughout the cleaning and exam I was staring at a filthy lamp that was splattered with God-knows-what. When I left, I had to wash my eyeglasses a half a dozen times to remove all the gunk that had been deposited there. I have never been through such a rushed, impersonal experience. I had to change dentists because of my insurance and am supposed to go back for a filling. I will do what I can to go elsewhere. It was evident to me that they cater to low-income and immigrant patients; I am neither, but low-income and immigrant patients are also deserving of privacy and dignity. This practice fails in every respect. 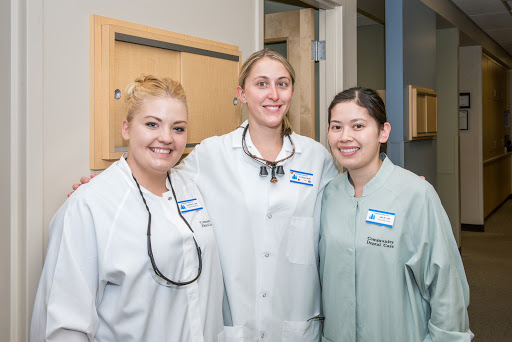 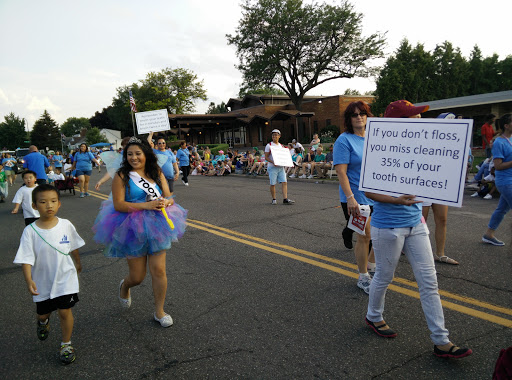 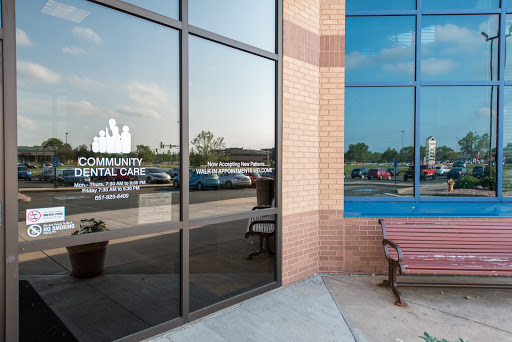 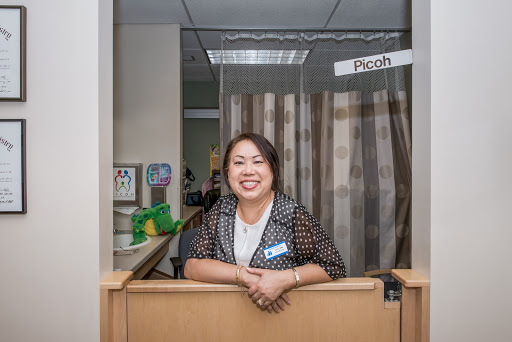 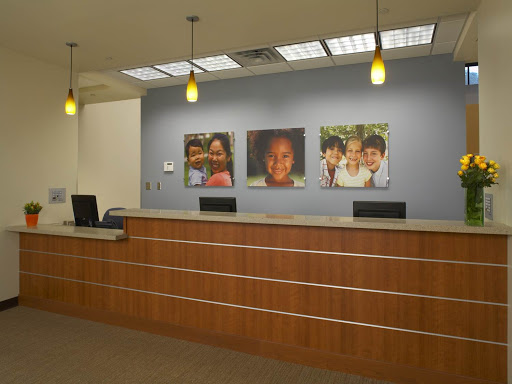 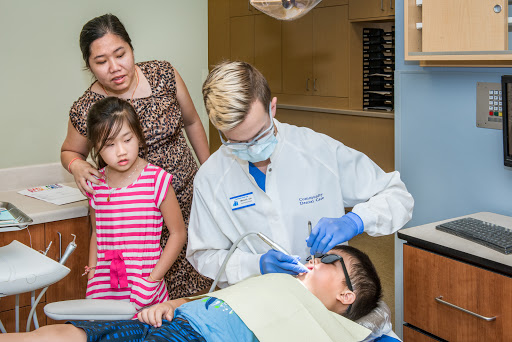 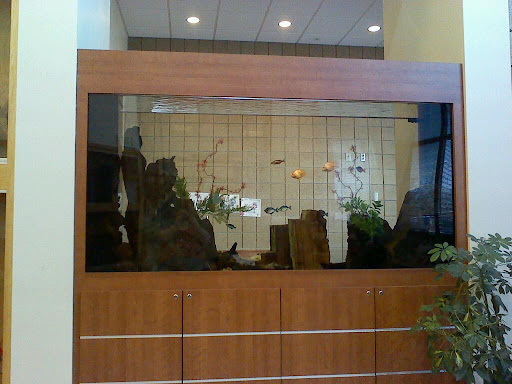 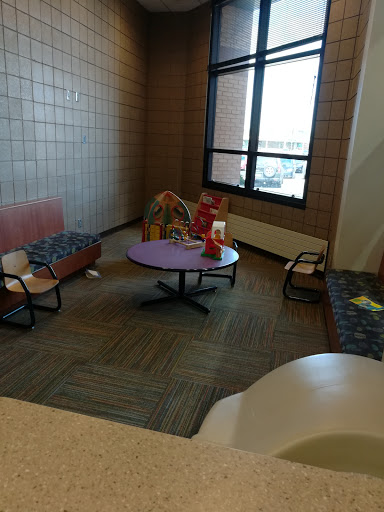 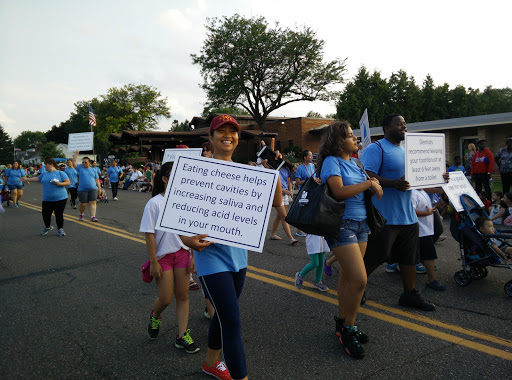 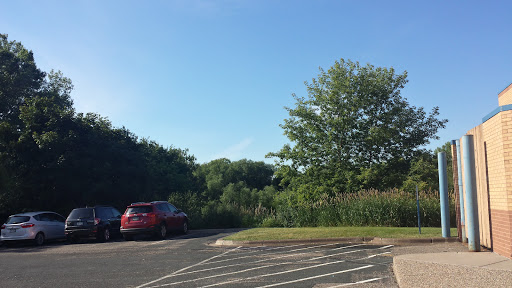 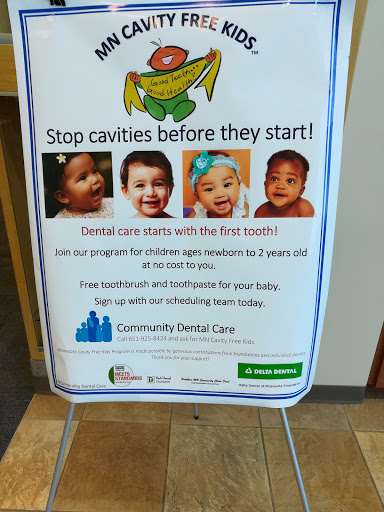 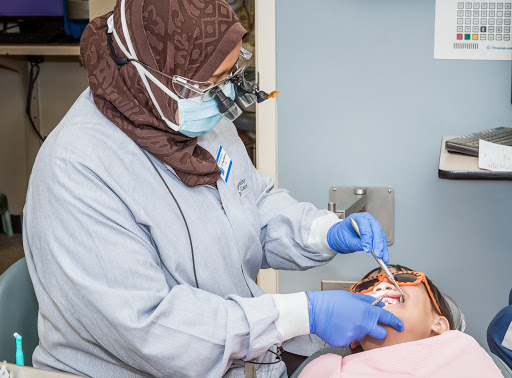 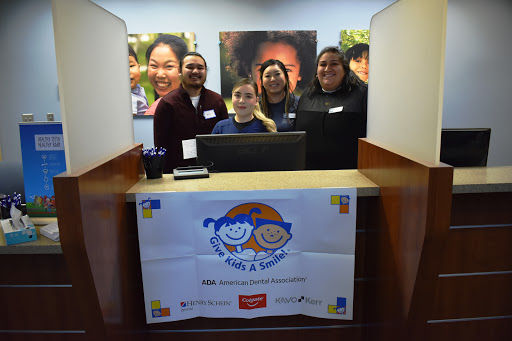 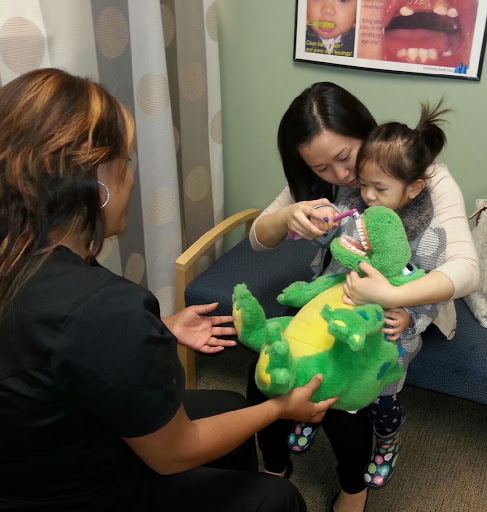 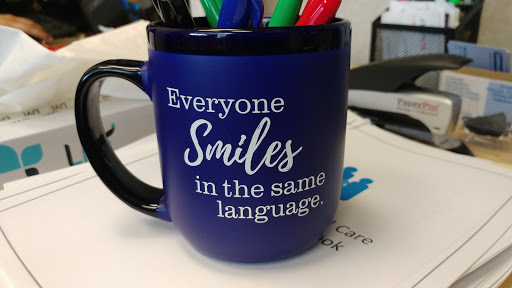 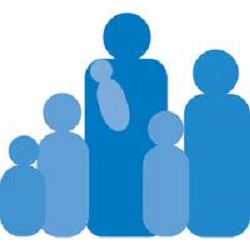 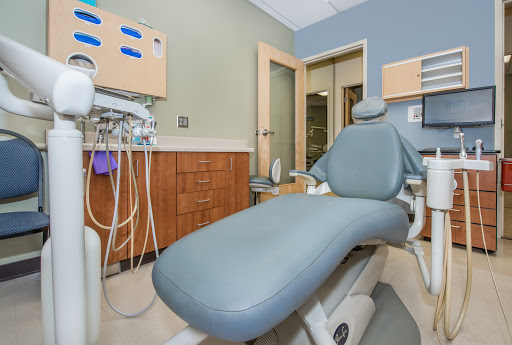 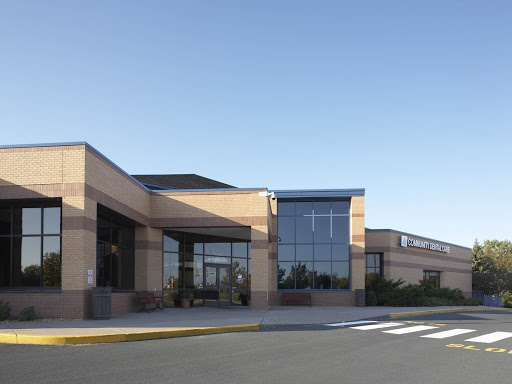 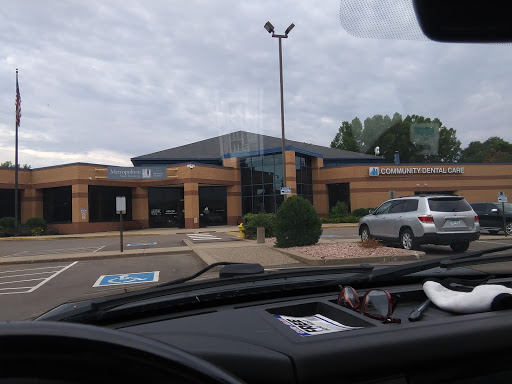 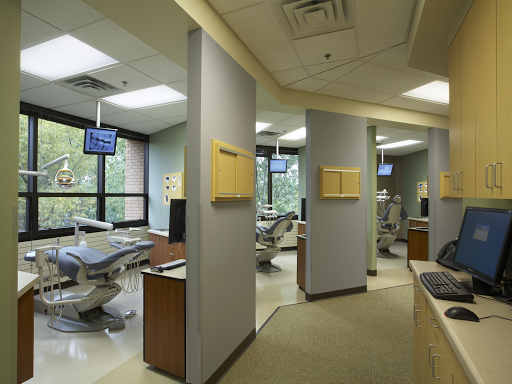 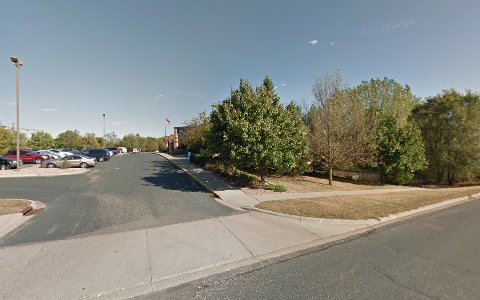 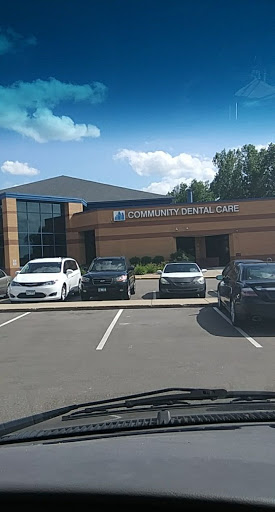