These people do more harm than good. I went there to enroll into their outpatient program. I set an appointment to be assessed. In order to receive the "free" assessment, they wanted my insurance information. They would not let me have the appointment without it so I gave it to them. My wife and I waited well over an hour past the scheduled appointment time before we were finally seen. This was on a Saturday, and was a scheduled appointment, and they were NOT busy (we were the only people there). The receptionist handed my paperwork to the assessor and said we were "walk ins". Long story short, after answering some vague questions and not being asked any clarifying questions, the assessor placed me on an involuntary hold illegally (Colorado Law has clear and specific criteria that must be met for a 72 hour M1 hold, which I did not meet, and didnt even know about until my Psychologist told me they were holding me illegally). Over the course of the next 2 days, they lied to me multiple times, "lost" my visitor/communication paperwork multiple times (causing interruptions in my ability to communicate with my psychologist and wife, and see my wife) in retaliation for my non-compliance, attempted to coerce me into taking medications prescribed by a psychiatrist who hadnt even seen or talked to me, attempted to coerce me into signing paperwork agreeing to stay for an extended duration, all non compliance (refusal to take medications, refusal to sign paperwork, threats of lawsuits, citation of Colorado Law as provided by my Psychologist, refusal to answer questions, sarcastic observations, demands to be released, etc) was met with threats of force and/or extended stay beyond the hold. I was released early from the hold after my Psychologist called the corporate office and explained my situation, and I personally informed a Director who happened to be on site in the cafeteria that I would be bringing legal action. I was told my Psychologist wanted me to cooperate and stay there (outright fabrication, as she never said this). I was told my Wife wanted me there (another fabrication). I was told by *MULTIPLE* staff I should not have been admitted. They assured my Psychologist I would be reassessed in the morning. I was, and the individual who did the assessment agreed I should not have been admitted. She required a concurring opinion in order to release me. She went to get the weekend Psychiatrist on duty, and he refused to see me, so I was stuck until Monday. More lies, more coercion. Monday morning was when I saw the Director, and within 2 hours of speaking with him I was released, 24 hours early. Even during the discharge process, there were more lies and coercion, and attempts to get me to sign paperwork agreeing to stay there for an extended duration. As I was walking off the unit, they demanded a urine sample, saying it was supposed to have been taken when I was admitted, but they forgot. More coercion, they threatened to keep me if I did not provide the sample. I peed in the cup and left. I requested all of their records in accordance with Colorado law. They provided most, but not all, of my records. Conspicuously missing were the reports for the ~$2,000 worth of blood work/urinalysis I was billed for (oh, did I mention they never actually drew blood from me?). When I contacted them to ask where these were, they said they had no record of performing any lab work or taking any specimens to run labs on. More than a year after this experience, and I am still suffering PTSD from it which also cost me my job ($120,000 per annum). They havent just done this with me, but with many people, especially those with means and/or good insurance. If youre poor, bad/no insurance, or homeless, they cant get you out the door fast enough, regardless of your need. But if you have means, good insurance, etc. beware, they will do everything possible to imprison you for as long as possible. They prey on the mentally ill, causing more problems than they solve.

DO NOT BRING ANYONE YOU LOVE TO THIS PLACE!!! The counselor at my daughters school referred us to Peak View. I will definitely be letting this woman know that it was one of the worst experiences of my life! I set an appointment at 4:00 PM on a Monday to get my daughter into their day program. We got there at 4:00 and waited for 2 1/2 hours before we were seen. My daughter did not start the program until Thursday. She attended Thursday and Friday and then we hit Thanksgiving week. She attended two days that week because of the holidays and the snow. She started back the next Monday and then on Wednesday I called to see if I could get her a ride (I knew they had a bus). It snowed Wednesday night, Peak View kept their program open, even though every school district in C/S was closed and my daughter had to wait for 2 1/2 hours before the bus arrived at our house. The program starts at 8:00 AM and she did not get there until almost 11:00 AM. THEN...that night, by 4:30 PM, my daughter was not home, so I called Peak View to find out what was wrong. NO ONE could tell me where my daughter was or when she would be home. My poor child FINALLY walked in the door at 5:45 PM! (The program ends at 3:00 PM). According to my child, the van got the wrong address of one of the kids they were dropping off and they ended up almost in Pueblo. I spoke with the director of the day program and she was very nonchalant. It didnt seem to matter at all that I had been waiting for my child to get home for almost 3 hours. I told her that night to please not send the bus for my child again...I would get her there somehow. I also told her I wanted to file a complaint. She agreed. The next Monday, I went to take my daughter to the program (it lasts 10 days) and found out that she had been discharged! I told NO ONE that I wanted her discharged, they simply did it. We then wasted another 2 hours at Peak View to "re-admit" her, only to find out that we had to pay another deductible because this was seen as a new admit. I am currently waiting for a call from an administrator...only time will tell if this person will call. This place is the MOST disorganized, non-communicative, uncaring, ignorant group of "professionals" I have ever met. Not only that, but Im paying $400 out of pocket for my daughter to work with an apparent intern? UGGH! PLEASE...go somewhere, anywhere else! H.B.

Do not, I repeat do not place a friend, family member or yourself into this this facility. I call it a facility because it is far from being a hospital. My daughter admitted herself into it a few days ago and the God she is out of there now. This place is ran like a correctional facility and not a hospital. My daughter has sever anxiety issues, she tends to worry alot about stuff. While she was in there the staff brought a copy of the bill into her to show her what the cost was going to be for her to saty there. Extremely unprofessional. She contacted her mother and I in a panick because she didnt want us to accrue a large bill because of her being there. The night her sister and I went to visit her was the most unpleasant experience ever. First off youre only alloted 1 hour to visit which I can accept but we were taken back almost 15 minutes late and then asked to leave 45 minutes later. While seated in the dining facility it is so loud from other guests that it is difficult to hear each other. Then there is who Im assuming is a nurse that stands there monitoring what is going on. This lady wore a long sleeve t-shirt with scrubs over it. Her sleeves were pushed up and forearm covered with a large tattoo. Now dont get me wrong I have no issues with tattoos. I probably have more than the average person but when when working in a position like that I would expect someone to look a little more professional especially if youre going to stand there monitoring everyone. She looked more like a correctional officer or bouncer at a bar. This place is totally unprofessional and should be shut down. Its hard enough having a loved one going through an extremely rough time in their life, so you would think a place like this would try and act professional and make the experience a little more pleasant for all involved. Its suppose to be a hospital not a damn prison!! Im finished so now Peakview you can add your little unprofessional automated response to my review!! 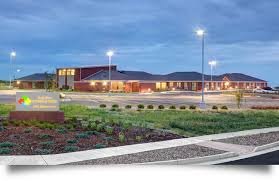 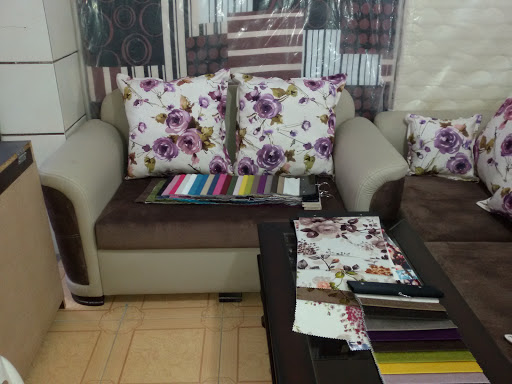 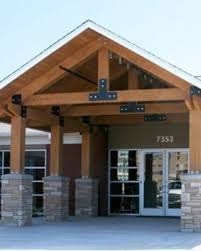