I am looking at some of the poor reviews here and asking myself, "do these people live in an alternative universe?" No exaggerations- I have two special needs rescue Samoyeds who need frequent check-ins for various ailments or medication, and I have never met a more friendly and compassionate staff ever. But lets get more specific. I go to Odenton Vet Hospital because ten years ago one of my dogs was in a freak accident at about 7:30 at night. My dog Carter was in pain and I was in panic mode. I drove down to this hospital, a vet I had never brought her to, and they took me right in. Oh...did I tell you that the Odenton vet actually closes at 6:30 PM usually...which means that, despite being closed for over an hour, Dr. Steve saw us outside the door and brought us right in. He saved my dog. And I cant count how many times Dr. Slade was there to usher us through significant ailments and injuries because Carter is an adventurer and scrapper. But thats not the end of my recommendation. Last year I adopted another Rescue Samoyed in January who was coughing frequently. I thought it was kennel cough, but brought him just to make sure, and upon examination, Dr. Pepin-Slade saw the need for x-rays, only to discover that my dog Chase had an enlarged chamber of his heart that was pushing against his trachea. She immediately sent us down to the cardiologist and they gave him three months to live. It is the staff of Odenton Veterinary Hospital that I can clearly say have helped me keep him steady for a year, which really is a medical miracle. And the staff has been just wonderful. I will call right before they are closing and ask for a heart medication refill for my dog Chase and they will ensure he has it and stay open a few minutes if I am running late. The staff, and I am going to miss some folks so I will edit later is fantastic: Veronica, Kammie, Matt, Anna, Daniella, and Chris (and if I missed someone I will make sure to go back). So lets be clear- if you need a vet who will care for your animal companion like it was their own, there is no place else to go.

DO NOT GO HERE! If you enjoy being treated like a human being by people at the front desk, then I suggest you find another vet to take your pets to. While I had no problem with the dr, the ladies working at the front desk were incredibly rude. The first time I had an appointment with them to get my 2 labs shots up to date. I walked to the front desk and was never even greeted with a hello. When I told them why I was there I felt like I was ignored. No one even said a word. I kept asking about my appointment and was never given an answer. An hour and 45 minutes AFTER my scheduled appointment one of the four women finally said something to me. I was told to better control my child while we wait. At this point it was well past his lunch and we were still waiting and no one else was in the waiting room. I told them I wanted to talk to a manager and I was magically seen immediately. I paid and was never given any paper work regarding their shots. Today, a month later, I returned to get a copy of their shot records so I could have them boarded. Me and my son walked in the door. I made eye contact with all 4 women. Not one of them said hello. I waited at the desk for 5 minutes. I finally said hi. One of them said hi very rudely and rolled her eyes and scoffed and looked at a co-worker like "is this woman serious". So I stood there staring at them for another 5 minutes. Then I said "are you going to help me?" The woman replied "oh, you want something?" And I have her a sarcastic response that she didnt care for and printed off the shot records without any further communication. These women are horrible. It is almost like a self service vet clinic and you being there is very much an inconvenience to them. Do not go there if except someone to be nice.

Weve been going to Odenton Veterinary Hospital for nearly 20 years. When we moved out of the area, we tried a vet closer to home but missed the family feeling we get at Odenton. We now drive nearly an hour because we love them so much. (Weve got at least 10 vets between here and Odenton Vet.) We originally found them when we had a cat needing to be neutered. Odenton Vet treated "Poppy" as if he were their own. Had another cat get out of the house and get hit by a car. She was in terrible shape and had to be "put down." They allowed me time with her and even let me hold her as she took her last breath. Received a sympathy card with real signatures a day or two later. Made the best out of a sad situation to know they cared enough to send it. We also had a dog that was very ill with cancer. She got so sick on a Saturday afternoon that we had to take her to an emergency vet and say goodbye to her. Odenton knew we had had to say goodbye and a sympathy card arrived on Tuesday. This was a dog they had cared for over her entire lifetime and they thought enough of our family to say goodbye with us. Cant beat that for a caring Vet. As far as pricing...Im not sure who beats their pricing. The vet we tried closer to home was twice as expensive and when I spoke with my neighbors they couldnt believe was great pricing Odenton Vets has. We wont go anywhere else!!

Hard to beat this place as far as commitment and willingness to work with their clients - they had a doctor come in on his day off the other day to perform a life-saving surgery on a dog (not mine, but I witnessed it)! I dont know of too many vet hospitals in this area who would do this - most places would send that patient to an ER facility and if the owner cant afford it, tough....I havent needed life-saving treatment for my four cats yet, thank goodness, but they get great care at OVH! Highly recommend. Dr. Kellie Corcoran is the one who sees my cats primarily at OVH; my cats are my world and my everything, and if I didnt trust her implicitly, I wouldnt take them to her! She handles all of them with kindness and competence. When I took in my two ferals, I didnt know whether any vet would want to deal with them as we obviously didnt have any history (nor had they had any shots), but she didnt hesitate one second and treated them with utter gentleness and respect - she absolutely does NOT have any disregard for ferals or strays. On the contrary - she just recently told me that out of my four, my two ferals are her favorites!! If you have any doubt whatsoever, I invite you to come and meet her for yourself and I guarantee you wont have any qualms having her treat your cats (or dogs, of course)!!

Our dog had a loose baby tooth that wasnt pushed out by the adult tooth, so we decided we would take her to a vet to pull the tooth, versus doing it ourselves. We called the vet office and they said that we would have to take the dog in for a wellness exam before he would decide whether or not to pull the tooth. We told them that we go to Ft. Meades vet and she has recently had a wellness exam, but they do not do dental work. They wouldnt accept it. We paid $120 dollars for them to look at our dog and tell us that they would need to take blood labs, then put her under to pull the tooth. She said she would put her under, even though she is an Italian Greyhound and they can easily die when they receive anesthesia. Even when she was spayed, our other vet did not put her under anesthesia, they just gave her pain meds and she didnt feel any pain. This operation would probably cost us between $300-$700. So, we just went home and wrapped the tooth with floss and pulled it out. The tooth was very loose, she could of just pulled it out when we took the dog to the vet. Be weary of this vet, I think they may care more about milking money out of your dog than caring for your dog. You dont have to put dogs under anesthesia and do wellness exams to simply pull a loose dog tooth. 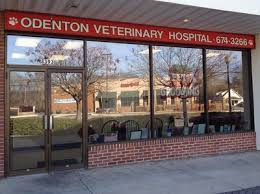