went in and described my problem, was told by the first doctor that he could perform a procedure to fix my problem but i did not have insurance at the time and it would of cost 400-600$ out of pocket. I knew I would have insurance soon so told him I would wait. for now he prescribed me some medicine for infection and pain which was appreciated. I came back at a later date with insurance. filed out paper work and waited a while before they called me back. was told to get ready for the doctor to look at my issue and she would be back to help me soon. when she got back she didnt pay any mind to my infection but instead just told me they do not perform the procedure I needed even though I was told by another doctor at the same facility they would. Also the whole staff that day other than the front desk lady were slightly disrespectful as if they were mad i was here for this problem. I do not understand why they had to take me back to a room and check my vitals just to tell me they couldnt help me.. when I was leaving I asked if there was any co pay I had to pay today and was told she "didnt know but if so we will bill you".. I would think that is something they would know but I guess there could be a reason she didnt. Either way it was a waste of time and I have a feeling Im going to be billed a 100$ co pay for them to just tell me they couldnt do anything. no reason they couldnt have told me that in the waiting room before filing out any paperwork or anything. I then went to Total Access Urgent care in Wentzville. they told me up front exactly what they could do (which was the whole procedure), they were all very nice and professional, the facility was easily 3 times better in quality, they filled my prescription on site, and it was even the same price for everything... same price with way better service. Do yourself a favor and go to Total Access Urgent Care also in Wentzville. UPDATE: so turns out i was right, was charged 100$ copay for them to tell me they couldnt do anything for me.. I called billing department and was given the excuse that because they wrote a prescription they had to charge me.. which now makes it clear why when the doctor went to write a prescription and i told her i didnt want it (i still had plenty of antibiotics) she pretty much argued and strong armed me into filing one finally ("well we really need to write you one just in case") also i was told by the one guy they have in billing he would have their main physician get back to me and see what he could do.. i ofcourse never got that call and ive called back and left at least 3 voicemails with no response back.. obviously dodging my calls.. what a shady medical practice.. will never go hear again and will tell as many people as possible to avoid this terrible place.

My visit to this Our Urgent Care and my establishment of a physician/patient relationship between Kalugotla N. Shivaram, M.D & I was smooth, as the provider mentioned above had placed my situation more at ease, considering the severity of my situation I was implemented in by my prior specialist. Kalugotla N. Shivaram, M.D, had examined my condition, noticed that I had brought all my documents to provide him with evidence to support my verbal explanations relating to the condition Ive been dealing with for years, and why the prior specialists of mine put me in a spot that required urgent needs. However, you would think every provider would of assisted me or anyone in my circumstance. But your wrong. Even when you provide all the documentation, most recent refills, radiography reports, etc. And what you explain verbally, and they are aware your telling the utmost truth. 9/10 urgent/emergency medicine physicians still wouldnt have done what the provider had done on my behalf. More providers within his field should be more likeD. Kalugotla N. Shivaram, M.D. They are more worried about there DEA license, to the providers whom forbid to assist a trustworthy patient. Due to the fact, they probably prescribed to the wrong patient (s) in the past. Thank you so much for the wonderful staff and the provider mentioned above for the utmost hospitality.

My 15 year old daughter was taken there after she hit a stump and fell into Innsbrook lake. They stitched her up and sent her on her way saying that she could play sports in 2 days. When she asked about antibiotics they told her Innsbrook lake was clean because there were not motorized boats on it, therefore she did not need antibiotics. By the middle of the night she was vomiting and had the shakes. In the morning she had a fever and her leg started turning red. I called them and they said that she probably picked something up at school but if i really thought is was necessary they could call in a perscription. When my husband consulted with the pharmicist he said she should be taken to ER. To make long story short she spent a 6 days in the hospital. Two days at Missouri Baptist and was then transported to Childrens Hospital. Her leg had to be cut open and the infected tissue removed. The infectious disease doctor at Childrens said that she grew 5 different types of bacteria in her leg. She then spent 5 weeks on intravenous antibiotic. If they would have cleaned the wound out sufficiently and given antibiotics, we could have avoided all of this. Do not get treated here and do not swim in Innsbrook Lake.

I have been to this urgent care for myself a couple times & for my son a few times. Everytime I have been here everyone is very professional & friendly. My latest trip was for myself & i happen to be running behind for my grandsons 1st bday party :( so whn i called to find out if they had access to do an MRI (due to this pain that i had been dealing w in my back ovr some time now i knew this was something i wld need) the nurse that answered the phone was SO compassionate & helpful since she knew how much pain I was in& that I was in need of hurrying to get to my grandsons party that she updated my info while i was driving there & answered some questions that i had. When i got there they had all my papers ready for me & were absolutely amazing!! My experience was wonderful & Dr. Arvin Abueg that took care of me was also very professional & explained eveythng to me, but also made witty comments to make me laugh so i wasnt so worried about the situation, which means alot because usually you feel like a just a number or have NO idea what your diagnosis actual is cuz you dont truly get anythng explained to you. I will DEFINITELY return to this urgent care & for sure refer them in the future. :)

First off let me start by saying within the last 6 months I have had to bring my son there 3 times. All at different times in the day and week. Every time the wait has been fast, SO FAST! Less than 10 min. Everyone is so friendly and welcoming! Once back in the office they are still fast which amazes me! Each time my total time spent was less than 20 min in and out the door. All 3 times my sons issues were diagnosed properly and treated properly as well. TO INCLUDE our last visit when he decided to stuff a toy similar to a light bright peg up his left nostril. I was at drill, my fiancé who is not his biological father was caring for him at the time. I called up there told them the situation, they said bring him in! His insurance was already on file. My son was again in and out super quick and they quickly and professionally removed the toy from his nose and gave me no grief about not being there. They always follow up and check in on us. I can not rave enough about how awesome this place and their team is! 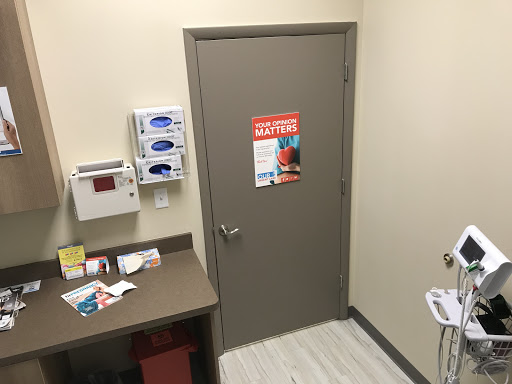 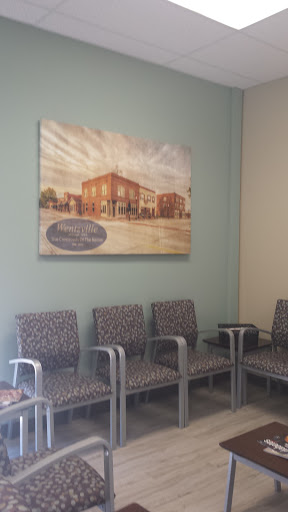