This is the worst practice in PA. They double dip trying to overcharge your insurance. Then when they are caught and the insurance company takes their money back, they report you to their collection agency? Plus if your insurance paid per a fee schedule they say they dont have to accept it because you sign a paper being responsible for whatever they chose to charge. Even though they are contracted with your insurance to accept what they are paid. Our insurance took money back because they billed for services never performed, and said this is all illegal. To tell me I have to pay them the money. They sent me bills I never called, what a joke!! How many of our elderly and mentally challenged do they harrass, bully and rob???? I tried to reach out to Jennifer S. the DMS she runs this facility supposedly; 5 times I called and asked for her, she refused to talk to me, kept referring me to their billing company!! When I explained her own (after phone 17 hours and 22 calls) billing company stated these errors began at the facility level and must be corrected there, then they and the collection agency needs to be updated she still refused my calls. A three way call with our insurance company on the line, she still refused our calls. So I will also need to contact the owner Dr. Sowers!! They want you to give up and pay them. Not happening! This matter is since 2014 and they just keep damaging credit scores.A bill that was $31.00 for an item I never received in now a bill up to $184.00 reflecting all their fraudlent fees. All efforts made to them in the form of phone calls are recorded on cell phones, time, length of call, amount of calls made, its absoultely unbelievable!! Its all about the gatekeeper Jennifer S. wanting to place money above patients, so why is their name Patient First? JUST INSANE!!! 50 hours in totality between contacting them and their billing company as well as Receivables Management Systems, their is collection agency. Guess I have to sue them all as they were paid per their accepting fee schedule with in days of the visit to this practice. I wouldnt refer this place to my worst enemy. SO Many complaints its frightening. We will also file a complaint with PA DHS. Interesting every one of Fawns comments are generic and does she really give a crap ??? Seriously doubt it by her uncaring and insensitive GENERIC COMMENTS!! You have to click a star to be able to post????? NO STARS FOR THIS PRACTICE Below you will see a response from Fawn, I called her 4/5 times, because our daughter was under our insurance at the time of this visit and now they wont speak to her, she has her own insurance. I accompanied our daughter to this practice, Patient First. I have personally called Fawn 4/5 times and never received one response.. Our daughter called Fawn 11 times, never got one response!! How much does this place really care.. They get a big fat zero for their effort!! Fawn please do not continue to post such untruths. If you or Jennifer Shaineline cared you would have responded immediatly 2 years ago or even in the past month you did get over 15 voice mails; instead of destroying our daughters credit, and to have your employees say you will update credit and it will be as though it never happened is another outright LIE!!! The BBB told us it will take a long time to recover from 2 years of your false REPORTS!!! You tried to resubmit a bill under my insurance coverage I had on our daughter for 2 years over 30 times after you were paid per insurance fee schedule that you participate in. All these charges for something that was never received, how AWFUL!!! Not only were you paid for something you never gave, but then continued to try to rob the insurance company... So Fawn a phone call would be nice afterall it has been over 2 years and now that you were reported to the BBB you want to post false statments. Another reason your ratings are so POOR!!!

Dear Mr. Sowers, I am currently sitting in your Pottstown Pa location and would to describe the terrible process I just went through. Upon arrival I used the automated system to enter my name DOB etc. I then sat and watched your two intake technicians talk and giggle while the waiting area filled. After twenty minutes the conversation ended and I was called up. I would give the names of the two girls running reception however they both conveniently had their lab coats over their name tags. They were both mid forties an african american woman with gold hair and a caucasian woman with short red hair, the latter was my in take technician. Upon rounding the corner she rudely demanded I sit in a chair and took an attitude with me that I was bothering her. I handed her my credentials and apologized that I had an old insurance card and a new one yet didnt know which was which. Her solution was that we would guess which one and if it was wrong I would be responsible for the fallout. After saying this she got into a seven minute debate yelling across the hall with her peer about the merits of writing the word "Cash" on a cheque an if it should be entered into the system as cash or a cheque. I took this opportunity to reach out to a family member who works in the medical billing field an figured out which card was good. The in take technician said it didnt matter. Then she charged me thirty dollars even though my insurance card says a copay of 40 and the website says the same. Based on her previous response to me trying to correct my insurance card I said nothing. After waiting shortly a nurse took my vitals. He was polite and concise. I then waited again for the doctor. I was seen by Dr. Donath. After a short examination I described my symptoms of fever, aches, chills, painful cough and trouble sleeping due to all of them. I explained that I came in as soon as symptoms developed an therefor was not yet experiencing the symptoms worse. Her suggestion was Musinex. I said ok and asked if there was anything to shorten the duration of the symptoms. I explained that I could not miss any work. I suggested a z-pack or an antiviral and once again stated I could not miss work and restated that the coughing was painful and keeping me up at night. Her response was to tell me I could also try to shoot a saline solution up my nose "like washing your hands." The exit paper work states that I have an upper respiratory infection. Yet no prescription or help was given. So after two hours I have wasted my time and money and have nothing to show for it. I am still sick and see no future relief thanks to your establishment. I will be posting this to Google, social media, Personal Choice PPO, as well as alerting my peers at Comcast(NBC-Universal) so that others do not have to go through what I did. Thank you, William Blair

I am extremely concerned regarding the medical care my mother received at Patient First. One evening, she sought medical treatment for left side pain that was severe, but came and went and was gone when she was evaluated. The provider at the urgent care tapped on her back and said "nope, you dont have kidney stones" when mom did not have tenderness over her kidneys - lets pretend for a moment that this is the correct way to check for kidney stones (because its not) - its also not the correct way to rule out other potentially life threatening causes of abdominal pain in a woman of advancing years. These include meseneric ischemia, bowel obstruction and colitis, all of which increase as we age, some of which require surgery, all of which can be deadly if not diagnosed and treated. Convinced my mother did not have a kidney stone, the provider tested her urine, and even in the absence of a biochemically proven infection, told my mother "i think you have a bladder infection anyway, buy this medicine, which will make you feel better" (I paraphase, because I was not there). Now, my mother is an intelligent and educated woman, but she is not in healthcare and she assumed, as Im sure many others would, that this "medicine to feel better" would be an antibiotic - for this "infection". It, in fact, was phenazopyridine, a medication available over the counter for around $8 - for which my mother paid $47. Now, this medication treats nothing but burning on urination - a symptom my mother DID NOT HAVE. In fact, it masks an infection, should one be present, because she was not given a treatment for an infection. Should an infection have been present, it could have gotten far worse, because phenoazopyridine does not kill the bacteria, but would not have let mom feel the symptoms until she got much sicker. My mothers story does have a happy ending, where she is seen in the emergency department, given the correct study for a patient with first-time kidney stones and diagnosed with a stone that has a 50% chance of passing on its own. The most she suffered was 18 extra hours of pain. However, the inappropriate delay to appropriate imaging and the prescription (and price gouging) for unnecessary medication could have led to dire consequences had my mothers underlying condition not have been a simple renal stone. 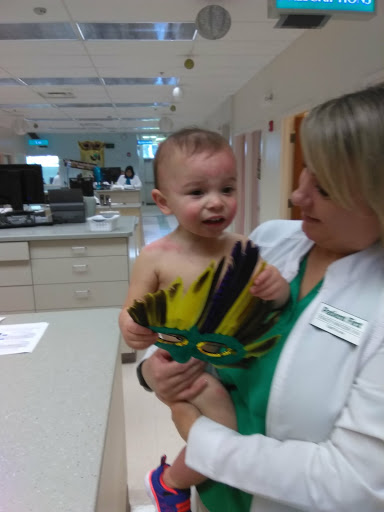 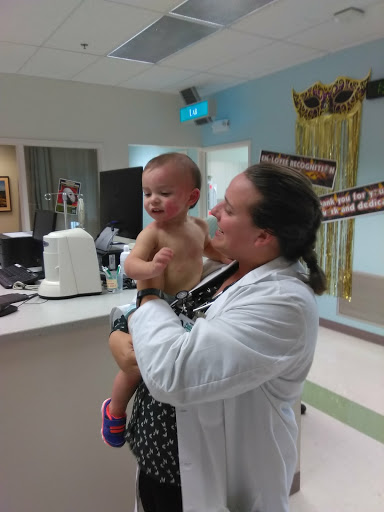 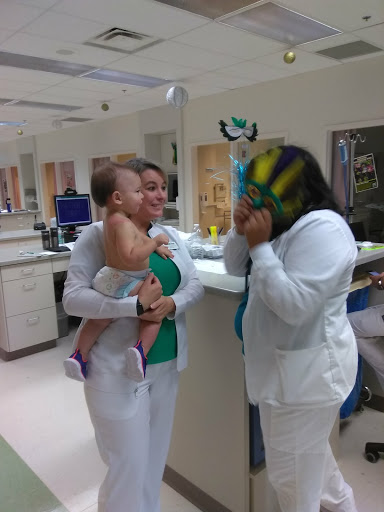