WORST EXPERIENCE OF MY LIFE! THE STAFF IS OUT RIGHT RUDE AND SHADY! THEY TELL YOU NOTHING ABOUT WHAT IS GOING ON AND HOW TO GET YOUR LOVED ONE OUT OF THEIR HELL HOLE! MY DAUGHTER WAS TAKEN HERE TO RECEIVE HELP FOR HER DEPRESSION BUT GOT NOTHING BUT RUDE DISRESPECTFUL STAFF MEMBERS TELLING HER HOW SHE FELT BECAUSE I GUESS THEY CAN READ MINDS OR SOMETHING. ME AND MY HUSBAND TOOK HER CLOTHES, BRA, AND PERSONAL HYGIENE NEEDS TO OUR DAUGHTER FIRST THING THE MORNING AFTER SHE WAS ADMITTED THERE AND SHE DID NOT RECEIVE HER THINGS UNTIL THE FOURTH DAY SHE WAS THERE. THEY MADE HER TAKE HER BRA OFF AND GIVE IT TO US THE NIGHT SHE WAS ADMITTED BECAUSE IT HAD UNDERWIRE. THAT MEANS SHE WENT OVER 3 DAYS WITH NO BRA AND THE SAME CLOTHES AND WHEN SHE WOULD ASK FOR HER BELONGINGS THEY TOLD HER THAT WE NEVER BROUGHT THEM! SHE ASKED THEM TO CALL US BECAUSE SHE KNEW WE BROUGHT THEM AND THEY TOLD HER THEY WOULD BUT NEVER ONCE DID THEY CALL. THE THIRD EVENING SHE WAS THERE WE WENT IN FOR HER VISIT AND REALIZED SHE HAD NOT RECEIVED HER THINGS AND THAT IS WHEN THEY FINALLY FOUND HER SUITCASE WITH HER BELONGINGS BECAUSE I WAS NOT A HAPPY MOM AND I LET THEM KNOW! THEY STILL DID NOT GIVE HER STUFF TO HER UNTIL THE NEXT MORNING! THAT IS NEGLECT IF YOU ASK ME! THE ONLY TIME THEY EVER CALLED ME OR MY HUSBAND WAS TO ASK IF THEY COULD GIVE HER MEDICATION AND WHEN I LOOKED UP THE SIDE EFFECTS OF THE MEDICATION THEY WANTED TO GIVE HER IT PRETTY MUCH WAS A SEDATIVE! I CALLED THEM BACK AND TOLD THEM ABSOLUTELY NOT AND WHEN I TOLD THE NURSE THAT I WOULD NOT APPROVE THAT MEDICATION SHE GOT EXTREMELY RUDE AND CLAIMED I WAS YELLING AND SWEARING IN HER EAR! THIS PLACE WOULD NOT ANSWER ANY OF MY QUESTIONS AND ACTED STUPID WHEN I ASKED THEM HOW TO GET MY DAUGHTER RELEASED. MY DAUGHTER WAS CRYING ONE NIGHT BECAUSE SHE MISSED ME AND WHEN THE NURSE ASKED WHAT WAS WRONG AND SHE SAID THAT SHE MISSED HER MOM THE NURSE TOLD HER THAT SHE WAS 13 AND PLENTY OLD ENOUGH TO BE AWAY FROM HER MOM. SHE THEN MADE A REPORT FOR MY DAUGHTERS SO CALLED THERAPIST AND TOLD HIM THAT MY DAUGHTER HAD A COMPLETE MELT DOWN AND WAS CAUSING A BIG SCENE! THIS ISNT EVEN CLOSE TO EVERYTHING THAT WENT ON THE STORY GOES ON AND ON! THIS PLACE HAS TO BE THE WORST MOST PROFESSIONAL FACILITY I HAVE EVER HEARD OF!!! IF I COULD HAVE GIVEN NO STARS I WOULD HAVE! I HAVE NO IDEA HOW THEY CAN CLAIM TO BE HELPING ANYONE!! WORST EXPERIENCE EVER!!

This in my opinion is the best behavioral hospital/psychiatric​ ward in the state of Utah. Its actually almost a tie between it and Utah Valley Medical Center. This place has a professional chef who makes the best omlets I have ever tasted. The good food is what I look forward to most. Some of the staff you may want to avoid but for the most part if you work with them its a phenomenal Hospital with Amazing food. The worst part would have to be if you want to leave of your own consent by filing a legal form. They take up to 48 hours to respond and unless the doctor agrees with your decision to leave forget about it. If they pink slip you your pretty much there until they feel your stable and even a whit or blue slip they can change and control your status to say your a danger to yourself and others even if your not. The key is to really go to every group and therapy and give 100% to your recovery and mental health and stability and TAKE YOUR MEDICATIONS FAITHFULLY!!!! If you refuse medications they will trank you and youll go through hell. Take your meds tell the doctors everything and enjoy the amazing food. They also let you watch TV during free time and even have a video game room with multiple Xboxes and Wii gaming systems with cool banana chairs. Also shower brush your teeth and put on deodorant at least twice a day. It doesnt hurt to brush your hair wear clean cloths get your laundry washed by staff keep your sheets clean and bed made and get good sleep at lights out for bedtime. The people who hate this place usually rebel or do all they can to break rules and make life hell for staff and staff will not put up with it. Also Kevin is the coolest. Ive worked with him here and at McKay Dee Hospital in Ogden and he is one of the best nurses in all of Utah, and most of the staff here are of that Calibur. This is a place of healing recovery and medication adjustment as well as a gateway to government programs and individual patient therapy and counseling. You can even talk to the medical doctor and get put on double food portions if your healthy and eat it all and I have a very high metabolism for my age because of how physically active I am so I always get on double portions.

Please DO NOT send your loved ones to this place. My Dad was sent here after having a stroke and it ended up as being one of the most traumatic events of his life, and mine. First off, they gave him cold showers (he said he was cold for days and that they laughed at him), they gave us several different stories when we visited him one weekend and he had an injured toe, and they strapped him to a chair and left him for hours. They we not open about what was going on with him and we were never allowed to see where he stayed. Second, the therapist (Kari) and the psychiatrist (Dr. Bowling) lied and manipulated my feelings about my Dads condition behind my Moms back. They called me out of the blue and told me that my Dad was in no condition to come home and that my Mom was not listening to them. When I spoke to my Mom she had no idea what they were talking about, because they never discussed with her that he was in that condition. Before this phone call I had never spoken to any of them before, the Dr. and therapist made it sound life threatening and used their position as professionals to manipulate me. They did all this the day before they discharged him, just to cover their butts. Lastly, the day medicare was not going to pay for his treatment anymore, they discharged him. They gave us no choice and very little time to figure out what we needed to do for him. We live over 200 miles away from the center. Please do your research, read ALL the reviews, and look at every option before making any decisions. Me and my family were thrown into this situation because of an emergency but we learned our lesson.

I stayed here over a year ago now. It was horrible. I had a UTI, but I had to beg them to unlock the bathroom, and then they started yelling at me within 10-20 seconds to ask if I was done yet, after sometimes waiting 20 minutes to be let in. They gave me this medication that made me so sleepy, but then I wasnt allowed in my room. I had to lay down on the linoleum floor and use my arm as a pillow. One of the male patients threatened me and other women with sexual violence. When I told my doctor about it, she asked me why I hadnt reported it to the staff. I told her they were right there when it happened, and they said nothing! Then at night, I had to leave my door open, and this guys room was right across the hall from me! He could have been in there in under and minute, and no one would have noticed. I felt completely unsafe. In fact, more than one of the male patients made me feel very uncomfortable, but there was nothing I could do. They should have separate spaces for men and women. Then they tried to cart me off to a homeless shelter when I have a home. They were going to make me go all the way to SLC, and then Id have to find my own transportation home. They told me my ex-husband didnt want me in the home anymore. Well, he wasnt even on the lease. He was staying as my guest, not the other way around. They couldnt believe that I could ever have been a normal person because I was sick at that time. I shudder when I think about what it was like. My husband works near there. Every time I drive by I think about the poor souls inside and wish I could help them. 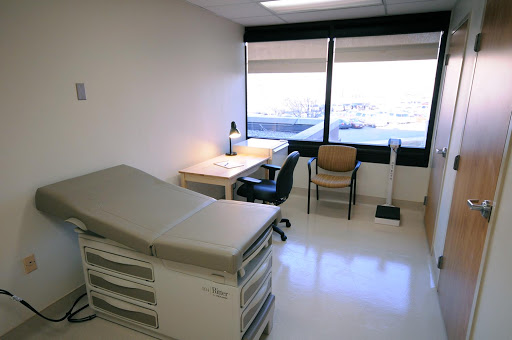 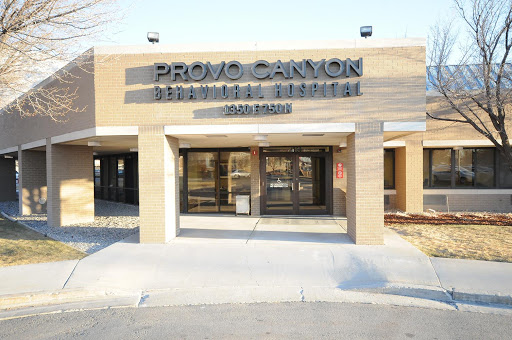 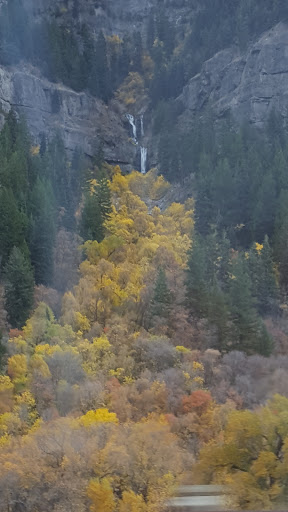 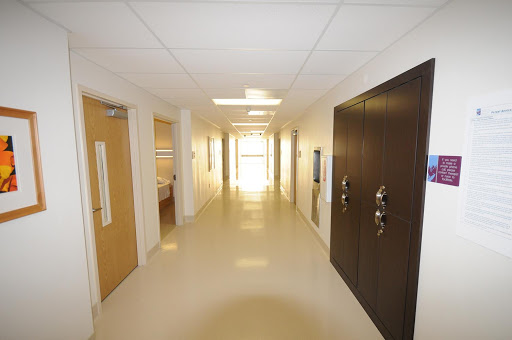 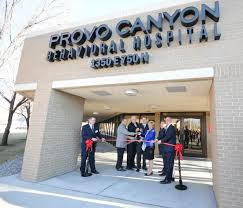 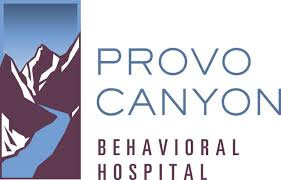 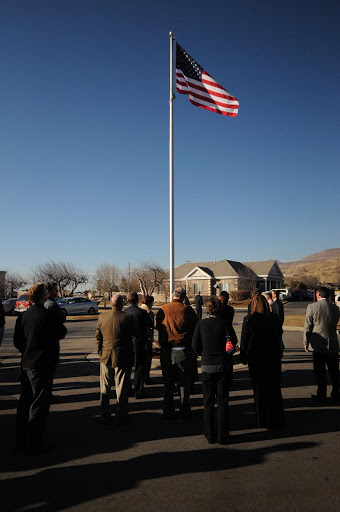 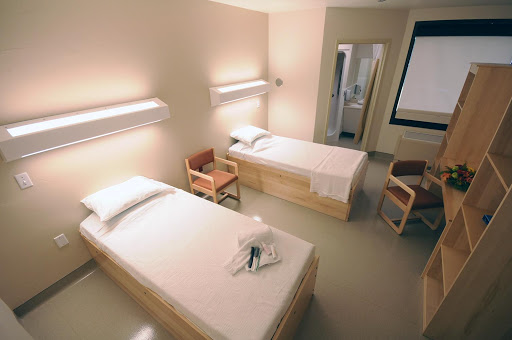 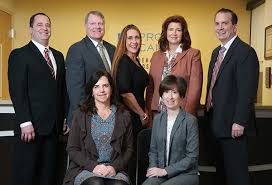 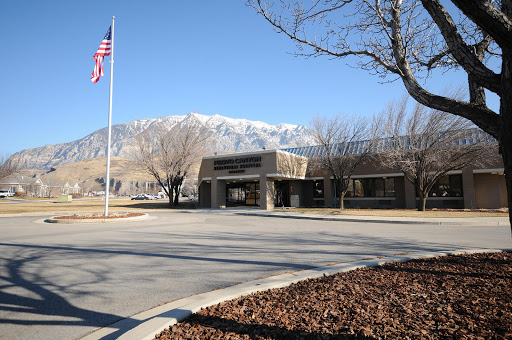 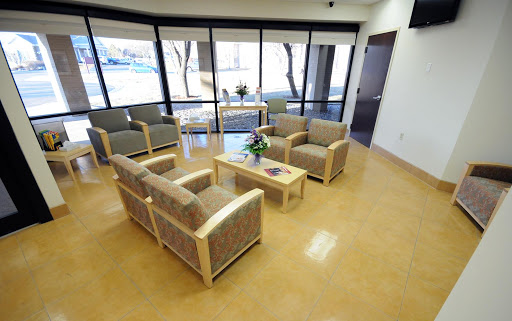 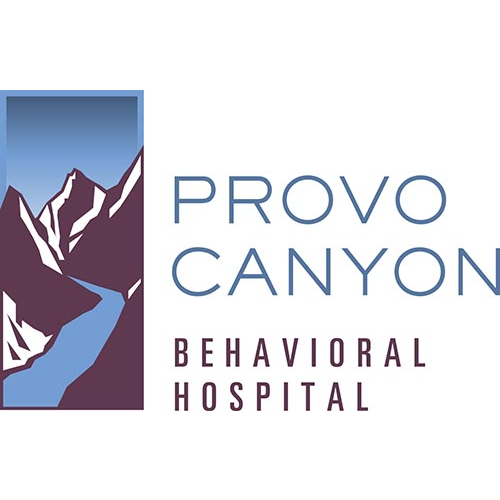 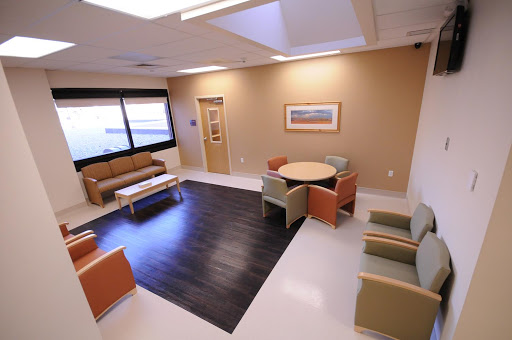