DO NOT GO HERE! This is the worst veterinary hospital I have EVER been to. When the reviews say you will be over charged and receive poor medical assistance they were not exaggerating. Our German Shepherd puppy is 1 and when we found out she has early onset hip dysplasia and would need a total hip replacement we were referred here. Our normal vet at Affordable Pet Care (Dr. Blevins) insisted we come here bc his friend from school Dr. Isreal is great and learned from the pioneer of the surgery. Well we were already a little skeptical bc our vet didnt give any other options and raved out what great friends he was with her but nothing about her skill. The next day we made our appt to see Dr. Isreal here and I asked how much the visit would be. I was told $85 which is steep but we figured it was bc they were specialists. I came on Yelp to read the reviews and was instantly skeptical. We took our dog anyway to have peace of mind because we needed to know what we were dealing with. As soon as we got there the problems started. Our appt was at 10 we got there 20 minutes early for the paper work and didnt get pulled into the office to see a vet tech till 10:30. Then Dr. Isreal came into the room about 10:45. The very first thing she said to us was that she didnt look at our dogs X-rays bc she didnt have time and wasnt able to pull them up on her phone (WTF!?). All she did was tell us about the surgery and hip implant, part of which didnt apply to our dog bc of the way GS femurs are shaped. When we brought up our concerns about patient care and cost she simply avoided them and directed us back to the surgery. Which is only done once a month at this clinic bc they fly someone in from Houston to do them. SHE BARELY EXAMINED OR TOUCHED OUR DOG! Or watched her walk or any type of actual exam for that matter. We made the decision before we left the room to find someone else. But when we got to the counter to pay I was told $120 for the visit! I stress this most, Dr. Isreal stammered, seemed confused by our questions, and only spent 15min max with us. So for the hour and 20 min I spent at the clinic, 15 min of that with the person I was there to see they wanted me to pay $35 more than what I was told. I asked for the office manager who was condescending and didnt want to listen. She "honored" the rate I was quoted and told me this would be a courtesy bc theyd like to help us with our pet. I stress as well she was upset with me that I was upset about the price difference and ignored my concern again that this is what we were told was going to happen by their online reviews. Save yourself the time and got to Mission Veterinary Specialists, not only are they honest and kind, they also do everything on site with wonderful vets. You dont have to wait for them to bring other people in and they have been honest with us about the price the whole time.

Usually my experiences with South Texas Veterinary Specialists have been good, but it was not yesterday. My dog has epilepsy and has ongoing issues from a pancreatitis issue he had a few years ago. Once every few months he gets an episode of diarrhea and vomiting. He takes Metronozidol and Cerenia when this happens, and it usually clears up within a few hours. If he doesnt get the medication right away he gets dehydrated which is dangerous due to his epilepsy and prior pancreatitis. If his primary care provider is closed, I usually call South Texas Veterinary Specialists to get the medication. Yesterday, I called to get the medication filled because my dog had an episode of vomiting and diarrhea. I was out of the cerenia. I usually keep cerenia and metronozidole on hand, but my dad gave my dog the last of the Cerenia when he was watching my dog and forgot to tell me. So I called South Texas Veterinary Specialists to get the medication filled. The staff, Mia, was very rude. She told me they wouldnt fill it until the regular hours, 9:00 a.m., and it was only 6:00 a.m. when I called. I explained to her that my dog has been going there since 2014, and if he needs a refill on his epilepsy medication or the Cerenia/Metronozidole and its after hours they let me call it in and pick I up after hours due to the nature of my dogs condition. She basically called me a liar by saying "that isnt true." I told her I wanted to talk to the manager or the doctor on duty. She told me it wasnt possible to talk to the manager. She said the doctor was busy and would have to call me back. Then she started berating me about why I didnt keep the medication filled and on hand. I answered a few of her questions but she was being very condescending. So I told her to have the doctor call me back. I told her it was an emergency. This was at 6 a.m. yesterday morning, almost 24 hours ago, and no one has yet to call me back. I ended up getting my dogs medication refilled at his primary doctors office when they opened at 9. Very rude staff. Cant believe doctor didnt call me back when I told them it was an emergency.

I took my Chihuahua in yesterday because he was breathing rapidly and you could hear how narrow his airway was without a stethoscope. I took him to Banfield first as I have a pet plan with them and they told me to take him to Emergency vet hospital. I went to and entered STVS and waited at the counter a few minutes, no greeting from the obviously uncaring receptionist. She finally asked me why I brought in the dog and handed me a clipboard after I told her, "hes struggling to breathe", and she literally only said bring it back filled out. I quickly did and after handing it in to her, she told me to sit down and she would call my name. Ten more minutes later she calls me up, says a lot of financial things and sign here, someone will come out and take your dogs vital signs in a few minutes, but he wont be seen for 2.5 hours! That was scary. The triage never happened. 15 more minutes I patiently waited, and after a full 30 minutes I finally realized that this clinic doesnt care, does not triage the pets. I left and quickly took him to Mission at Hausman /1604 and they asked me what was wrong as soon as I walked in the door. Called a vet tech to come get him immediately, which happened, while I filled out paperwork. His oxygen sats were 75%! He was placed in an oxygen chamber immediately. They took me in the exam room right away to talk to the vet. She was awesome, caring and told me what was being done to stabilize him. This was my third trip to STVS, none of which were much better, but options for emergency pet care is limited in San Antonio, so I tolerated the hours long wait and my pets were not dying. Why are they are short staffed, after being in business so long and one of a handful of emerg clinics? Maybe they should be honest when you walk in, say we are hours behind, cant even triage your beloved pet, you might want to go somewhere else that can care for him soon. I will never go there again. Im pretty certain my dog would have died waiting. I would rate them a zero if it was an option. 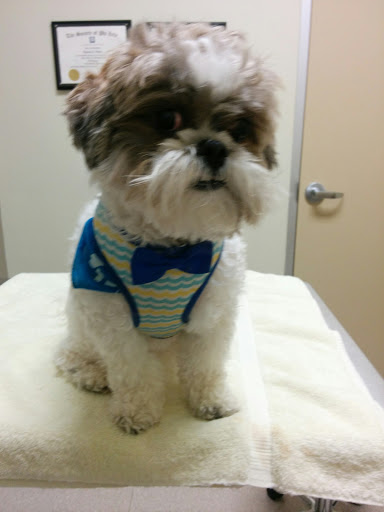 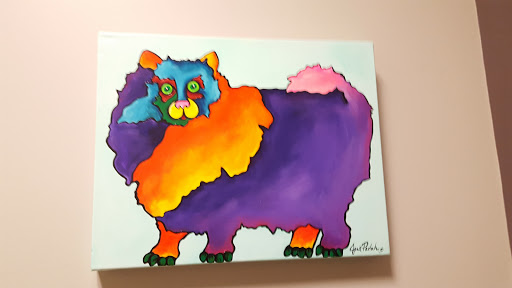 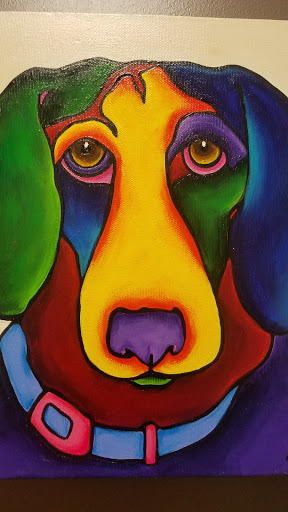