Indeed be very cautious!!!! I set my appointment and verified my insurance and asked specific questions relating to coverage. The representatives for this company set my appointment for this location without telling me-I called the 290/Tidwell location. Anyway the day before my appointment I received a call from a Rep confirming my appointment for this location. I explained how I called the 290 location so in my mind my appointment was at that location. I went on to say, I was glad that they phoned. I then was told there was no oral surgeon on duty at that location. However when I made the appointment, I should have been told to me that there was no oral surgeon on duty at that location. Let me make the decision to the location. I took the drive to the Hwy 6 location got there 30 minutes early. I brought along my x-rays. Told them the tooth and identified the tooth by its number. These folks still did x-rays. Once I got in the chair I thought my tooth was getting extracted. I was then ushered to the coordinator who then told me my procedure would not be 100% covered. I blew my cool at that point. I was ready to go! The Tiwanna (coordinator)person was already in defensive mode instead of what a coordinator really should represent. She then tells me there is an examination charge of $36.00. I told her I will not pay this. Coming in I told them everything I did not hide anything but they did not do the same. My visit was not the typical visit. This company has made their people to think like money hungry robots. They look like people but they are not human but inhuman. They only care about money first. It must be said that I could have consulted with the 290 location instead of coming here.

I just moved to Houston and needed my teeth cleaned. I showed up for my appointment on time but, after waiting for an hour without seeing the dentist, I became frustrated and left. I was given another appointment and this time, because I had called ahead to make sure not having to wait again, the dentist Katayoun Etessami saw me immediately. She walked in the exam room, saying not even 1 word of greetings, spent about 3 minutes checking my teeth and my Xrays, then announced that I had "4 cavities" and that her assistant would tell me how much the treatment plan would cost me. She then left. Since I had had my teeth checked and cleaned religiously twice a year, her announcement came as a total surprise to me. I had to ask the assistant to explain the so-called "4 cavities" to me and, of course, became very doubtful. I also noticed that night, after about 12 hours having elapsed since the dentist had spent 3 minutes on my teeth, that my teeth were still hurting from that exam. I took the Xrays and the treatment plan to another dentist for 2nd opinion and, as I had suspected, her diagnosis was complete bogus. The 2nd dentist recommended no treatment to my teeth. He also mentioned that he encountered this kind of inflated treatment plans many times before, mostly from big dental chains, such as Castle Dental and Apple. I intend to file a complaint with the Dental Board.

I just returned from a 2:00 appointment and headed straight to the computer to lodge my complain and I see the very first one (Jan. 10, 09) began w/my same experience. Actually, our FIRST appointment was the week before, when my wife called to confirm, was told that the doctor wont be in and that they called everyone to inform them of the change in appointments. My wife never received said call. The re-scheduled appointment was this past MONDAY. I got the call this past Friday that THAT appointment had to be re-scheduled b/c the doctor wont be in and re-scheduled for today @ 2:00. 45 minutes after we arrive, I stop a lady who had come out to speak w/another family how long does it take for a 2:00 and she asks what my sons name is, looks at the chart, then "out of the blue" calls his name — as if to say he was next on the list. But she had her head down going right back into her office when I got her attention. Two men arrived 15-30 minutes after we had gotten there and were seen before us. Not knowing all the details like whether they had been there before and went for coffee or whatever, I chose not to make a big deal about it. Now Im suspicious about the one cavity my son does have since he brushes at LEAST twice a day — sometimes three (far more than his dad, quite honestly) — after reading the aforementioned comment.

My children have been going to the dentist twice a year most of their life. This was our first and last visit to Castle Dental. This is the worst experience they have ever had. My 20 year old daughter said that if that had been her first experience with getting a dental cleaning, she would have been terrified to go back to a dentist. Both of them were in so much pain during and after the cleaning. Mind you, neither of them have cavities. I have also never had to make two appointments to get a cleaning, one for xrays and consultation and then one for cleaning. Thats ridiculous and a waste of valuable time. Staff was friendly enough but not the best service. Difficult to understand dentist and hygienist. Pricing for additional services was extremely high too. Very disappointed.....

I went to this clinic to have an extraction done. I got a treatment plan which recommended three crowns amongst others. I was convinced to follow the plan and five months later with so many visits to the clinic (including so much money as co-pay), I am the worse off for it. The teeth on which I had the new crowns are sensitive and unfortunately, the extraction for which I went there in the first place has still not been done. I am urterly disappointed. I have to find another dentist to try and correct this problem (if at all possible) and get the extraction done but that will mean more pain for me and more money. I wish I had never set foot in this clinic.

Dr. Etessami is an AMAZING DENTIST she is very caring and gentle . Her work is great in the past 5 years my family has only been seen by doctor E she has been practicing dentistry for a long time she definitely knows what shes doing. Every time we have a scheduled appointment we are seen on time and welcomed with big warm smiles. I highly recommend her to anyone I know. I have several friends who have been to Dr. E and she has never let me down. Castle dental in Copperfield is the BEST !!!!!

This place will lie to you about the "dental plan treatment you need". Anything to get extra money they told me a simple extraction was going to be over 1500 with my insurance covering 80% that was my out of pocket balance. I went to my old dentist office that now takes my insurance and got 2 extractions done for 150. They refused to do regular cleanings. Ever time I go in for cleaning which is every 6 months they want to charge me for something extra.

I received a bill from four years ago that my insurance didnt pay. Stopped. going there because I went in for a check up and they told me i needed a root canal that cost over 2,000 dollars. Went to Family First Dental down the street on 529 and paid 50 dollars for a filling, really recommend that place honest doctor unlike this place!! 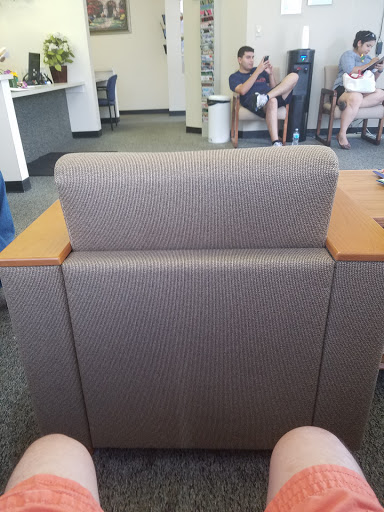