First of all the PAs and the Nurse Practitioners are wonderful...but the clerical staff could not be worse...I fear that finally after years we will have to move on...the incompetence and uncaring attitude of everyone in their office is astounding! Our routine experience for both my husband and myself is long waits...over an hour and a half to get to see anyone, wrong prescriptions, telling us we allergic to things we are not, sending the wrong scams to referral drs (they sent a 7yr old CT scam over to surgeon instead of the one done the day before...really???). Schedule my husband for tests and then when he gets there for the test 4 days later...oh you need pre-approval...well why the heck didnt you do that the day you made the appt? Now we have to wait another 3 days to do?? sending prescriptions to the wrong pharmacy ...yesterday they asked where to send it...they sent it somewhere else....had to call back and they "fixed" it...went to Publix to pick up today and they fixed it all right...they sent it to a Publix on other side of county!!! Had to call again and now it had to cancelled and start over....really...and the girl in the office was a nasty jerk about...yeah...it is my fault that you hate your job and dont pay any attention to what you are doing... now the PA was Amber Starling and she and her medical asst were great!!! But the girl at the computer in her little pod...horrible attitude and customer service...and checking out...young girl at front desk...nasty nasty...call in to tell them mistake...no scrip at Publix...nasty nasty....where do they find these people and how do they keep a job?!! Looking for a new family practice after 15 yrs...this has gotten too old!!!

All in All Not Good My wifes appointment...10:40 appointment ...we are from out of State... nothing against the DR.s there except .....they called in a script for a cough medicine that contained codine to walmart on hwy 40 which is a really bad experience .Well at walmart said wait would be 15 minuted 1hr and 45 minutes later ..they give us the antibiotic and no cough medicine ..ask why walmart says they have to see the script it cannot be called in ... called The CFMC office talked to the PA"s assistance and she said they were wrong ...this went back and forth .we went back where we were staying 20 minutes away from Walmart..called OFMC they said they will call Walmart and straighten it out right now ....waited ten minutes and called Walmart and they said no one had called yet ...Called the dr office and they said they had just hung up the phone from talking to the Pharmacist....Called Walmart ...They said we need to go get the hard copy from the DRs.office about 50 minutes away .We called the Dr. office and they said hold on please and 45 minutes later the phone had a dial tone and they never called us back it is now 2 pm ...Seems either the Dr office or Walmart has problems with the laws concerning this ...sick... and tired of this crap ....and totally confused...Yes of coarse it is my fault....You know the more I think of it The total experience Sucked~Some of the Rudest people I have ever encountered are at Walmart.

As much as I love the one stop shop that this facility provides you with, they cannot seem to bill your insurance correctly..EVER. Everyone I have been seen, I have to call back in and have them fix whatever coding they sent in originally because its a part of my routine wellness and there shouldnt be a bil...OR!! They bill the wrong insurance company all together (even though they have your correct insurance information) and then you receive a collections bill for $5.50 for a service that you already paid for, had them correct it, and now a year later receive a collections bill. This place is the pits. As much as I love Laurel Bryant, I cant stand having to worry about what I am being charged for, orif it was billed correctly. And now to find out I have something going to collections from an error on their part!!??I brought this to their attention about 3 weeks ago, and a manager named Emma was supposed to be working on this. Still havent heard anything back yet. Oh they just tipped the scale for me! Lost my business for good. Im done!

Amber Starling, a nurse practioner who was more concerned about leaving than diagnosing and treating. I wrote down and confirmed multiple times I am allergic to Zithromax which is a brand name for Azithromycin, like Tylenol is for acetometaphon. They send over my prescription directly to my pharmacy, if it wasnt for the pharmacist who caught that they sent over Azithromycin I could have been In serious trouble. He attempted to call and have it changed but at 3 PM in the afternoon Starling was already gone for the day. So I had to drive all the way back to the office just for the front desk girl to argue with me they didnt send over what i was allergic to. I attempted to explain that zithromax and Azithromycin are in fact the same thing but she did not get it. Apparently neither did the DOCTOR she called to have it changed to something I can take as she told them "well apparently shes allergic to that too" very sarcastically. If it wasnt for the pharmacist I could have been Im very deep trouble. So unprofessional and idiotic.

I normally do not like to badmouth anybody, but I must spread the word so others do not get hurt as well. Dr. Cruz from Ocala Family Medical Center was awful to my husband. My husband is the most likable guy on the face of the planet. Everyone that knows him likes him. He is quiet, mild, and very easy-going. He went to Dr. Cruz for knee pain and both Dr. Cruz and the staff strung him along with no help whatsoever. He would call for an appointment and ask to be called back so that he could get some painkillers or injection or some form of help. He even offered to pay for an MRI. He would call day after day for over a month and the doctor never once bothered to call him back. The pain in his knee has been incredibly debilitating. Dr. Cruz and his staff didnt care one bit. Please do not see him if you want any kind of solution. I would hate for anybody to have to go through what my husband has had to go through with him. I wouldnt wish Dr.Cruz on my worst enemy. Please spread the word.

My ex-wife used to work there 7 years ago. I was picking up a patient who was not ready to go yet, so I drove around the building looking for my rider. I got to the side and ask one of the office workers if Sharon still owned the place and if Dr. Pantzer still worked there, the blonde haired lady who is some sort of manager said yes to me, I said oh cool thats so old school, she said yep it sure is. The next day I am visiting my children and my ex flipped out on me because she had received a call that I was up there causing trouble. That was painful for my children and myself and of course it caused my ex a degree of stress that was unnecessary, this manager did something childish and inexcusable.. very disappointed... 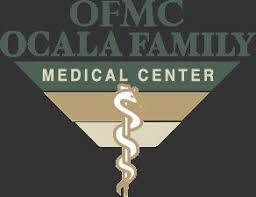