On 02 December 2015 I awoke with a swollen left jaw and severe pan in one of my upper left cuspids. Since we did not have insurance my wife called around to find the cheapest place that would pull my tooth. Aspen Dental at Bridgewater Falls quoted my wife $100.00 for pulling my tooth and also I would receive a free exam and x-rays. My wife made an appointment for that day amazed that it was going to cost us out of pocket $100.00 for having my tooth pulled. When I arrived at Aspen Dental the Clerk and Dental Assistant were very cordial but that was where being kind to the patient ended. I was escorted to a dental chair and the dentist came up to me without introducing himself said, "Open your mouth." After a cursory exam he said I had an abscessed tooth. He then said that he was gong to make an appointment for me on December the 7th to have the tooth pulled. He then said he was giving me a prescription for antibiotics and pain (Tylenol 3). I tried to tell the dentist that I have had an abscessed tooth pulled the same day and put on a 10 day prescription while I was in the military and also I was already on pain medication (Percocet 10 mg/ 325 Acetominophen) from a pain specialist due to my military injuries and I did not need the Tylenol 3. The dentist cut me off and said, "If you want your tooth pulled you will take the antibiotics as prescribed and also that the Tylenol 3 was a better pain medication because the Codeine in it helped mouth pain better than percocet." I again tried to tell the dentist that I had an abscessed tooth pulled the same day and put on percocet in the military but he cut me off and said in a condescending tone, "Do you want the tooth pulled or not." I was flabbergasted at this point and said, "O.K. He then told me it would cost me $274.00 and I would have to put half down before I left to get it pulled on the 7th. I was taken aback and at that point I was so infuriated at his attitude I just wanted to get out of there and get my tooth pulled on the 7th. no matter what I had to go through. I got both prescriptions filled at my pharmacy. I was given 20 Tylenol 3s and take them every 6-8 hours for pain. When I got home my wife was beside herself when she found out that I had to pay $274.00 after being quoted over the phone that it would cost $100.00. My wife immediately called and asked to talk to the manager of the office. MY wife expressed her grievance about the disparity of what was told to her on the phone and how much it actually cost. The managers stated, "Well the cost is determined by what has to be done after looking at the tooth." My wife said well why wasnt I told this when I called, the manager had no answer. As for the pain medication I took it as soon as I received it and then six hours later. I did not get any sleep that night due to the excruciating pain, so I said to hell with what the dentist said and tossed the Tylenol 3s in the toilet and went back on my regular pain medication which helped immediately when I took it. When I returned on December the 7th I was not treated with the respect from the clerk like I was on the 2nd. I was put in a dental chair and a different dentist numbed me up. Once I was numbed up he took what looked like pliers and started to tug and pull on my tooth while all the while banging on one of my teeth in my lower jaw. I really thought he was going to crack it. Finally the tooth was pulled and without irrigating or inspecting his work he put gauze and told me to shut tightly. I was again reminded of how since Tylenol 3 has codeine in it that it was a better pain reliever. I got the prescription filled and tossed them in the toilet when I got home. About a week later my gum swelled up where the tooth was puled and six days later a piece of my tooth had worked it way out of my gums and I had to pull it out with my hand. Today is the 26th and I have another piece working its way out. I believe that once Aspen Dental found out I had no insurance I was treated differently. I would not recommend them to my worst enemy.

I had a front tooth extracted and a partial made. Dr. Guru and his staff knew I was a nervous, emotional wreck. He was kind, professional and Im surprised and pleased to say, painless. I was positive I could still feel the tooth but he had it out so fast I literally did not have time to feel it. Im on my third day of healing and my initial buck toothed appearance of the new appliance has smoothed out when the swelling did, just like they told me it would...and for the first time in nine months, I look like me. I am actually SMILING again! Every single person I have encountered in this office has been caring and kind while maintaining a humananity in their professionalism. This office managed to do what I needed and wanted after years of hating the sight of my own face in a smile. A genetic mouth deformity, chemotherapy, along with adolescent bulemia, periodontal disease, prior bad dentists, a particularly nasty accident, and lots of sugar, all worked together to destroy my teeth. I was repeatedly told there was no hope under $10,000. The pain was so intense it was surreal. My original dentist had recommended pulling all my teeth and thats that. Full dentures are not a viable option for me. I came here for a second opinion. I am very happy that I did. THIS dental office can save my teeth and hook together whats left into a real smile. My last dentist had started pulling them. Its not going to be cheap to fix what was ruined, but payment plans are available through Aspen. As well as patience while you come up with your own plan. (Not "doing" dental can cause some pretty serious health issues like heart attack, and stroke, so fixing them isnt really up for debate.) The office manager, Shannon is a patient and empathetic woman. The best part is I was able to fix whats ugly first, albeit temporary, while I get the rest of the work done and my money together for my permanent fix. This is a less expensive dentist, and the quality of care has, thus far, been excellent. I have already recommended my new DDS to two other friends and my daughter.

I had two teeth added to an existing partial. In less than six months one of the teeth has fallen from the plate. The tooth in question did not break - its still intact. When I called to schedule to have the tooth reattached to the partial the receptionist was very, very rude and argumentative, stating "since the original partial was not made by them (Aspen) they were not responsible. She further stated Aspen does not give guarantees of "that kind of work. I replied that this should have been told to me upfront. And if that were the case I would have shopped around. She replied that was not her problem. And if I wanted the work done,Id have to pay $124.00. At NO point during the conversation did she offer any words of comfort or try the make it a pleasant interaction. I asked to speak to the Manager. After a 2-3 minute wait (Im assuming our conversation was shared with her) the Manager, April, took my call. She immediately started our conversation with the "policy point" regarding repairing non-Aspen partials. I again, repeated my statement that I should have been told of the policy upfront - before the work was done. She told me that I had been given this information and basically called me a liar. As with the initial conversation, she was rude and very confrontational. The experience was totally unprofessional. It no point was an attempt made to settle the matter in a equatable manner. There was no offer to split the difference of the cost of reattaching the tooth to the partial. I was totally floored by the lack of civility displayed by both staff members. 1. My wish is to have the the tooth reattached to the partial. I am willing to pay 1/2 of the cost of the repair. 2. Knowing that this is very unlikely, Im hoping that your company engages both staff members in professional customer interaction and diplomacy - because both are giving you a public relation beat-down!! 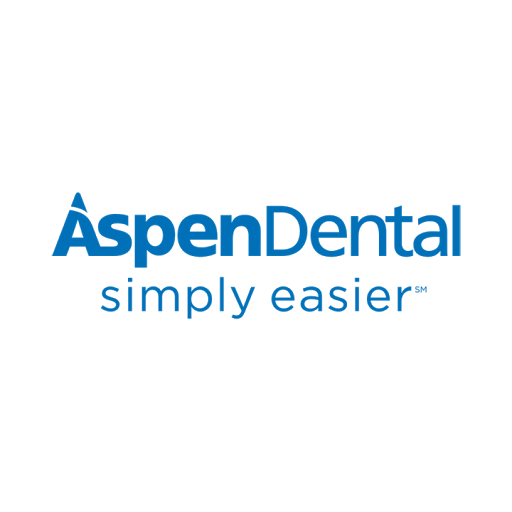