I have been to ocean state 4 times total now. The first visit was for my previous dog who ultimately passed away that same day. On that day everyone I was in contact with was amazing. The second visit was with my chihuahua, she fell off the bed and had severe head trauma. I called ahead in the car to let them know I was coming ( as we often do for them to prepare when sending a client there from the clinic I work for) as I was on the phone my dog began to pass away, I told the receptionist I needed to go to give cpr. When I got there I was still doing cpr but my dog had come back from it. There was no one in the waiting room (not to say the back wasnt busy) but the receptionist saw me coming in covered in blood holding a limp dog bleeding from her head and didnt call a tech immediately, she asked for my information first, which I refused until someone came for my dog. When the tech finally came out she asked another question that was irrelavent and I asked her to please hurry and get my dog to the back since I felt she was on the edge of dying. On the notification of death paperwork they listed my dog as being hit by a car when I remember specifically telling them she was not. She did not make it but from that point on the staff was amazing. Then this year I returned with my cat. The first visit was fine the second however was not. I called twice prior about my cats care. When I got there the front desk staff was aware what was going on. When the tech came out to triage I asked her not to since all my cat needed was fluid drained from her chest. The tech triaged anyway since she came through ER doors which was ok, just not ideal to overstress a cat with lung cancer, which OSVS diagnosed my previous visit. After 40 minutes of sitting in the very chilly room the dr came in. She stated my cat was having trouble breathing and needed fluid drained from around her lungs. I told the dr I was aware of that since she is dying of lung cancer and I assumed since I specifically Told the tech thats what I wanted and it was documented from my previous calls that day and me verbalizing it to the tech and I asked the dr to please go drain the fluid. This process took much longer than anticipated (another 30 mins) until I got nervous that something went wrong and asked the concierge to check on my cats progress for me. The dr came in shortly after and I felt she made it seem as though I was somehow neglectful by saying it took so long since the fluid had semingly been there a while. I do know it was very busy while I was there, however I tried to help move things along by being very particular on what my cat needed. My cat came back to me very stressed as I had anticipated even though she was sedated. Overall I know OSVS serves an important role as an ER. I am sure Ill be there again in the future because it is the closest ER but for non emergent things I will be going elsewhere outside the state to avoid anymore poor experiences.

I have had three experiences with OSVS. The first, over ten years ago, was very positive and I was impressed by the facility, the veterinarian, other employee efficiency and compassion and quality of medical care received. My second visit five years ago was also positive. I sought the services of OSVS last week and found every aspect of the facility to be vastly changed. The front desk staff reminded me of a study hall in a girls middle school. It was all laughing and socializing with attending to waiting clients be secondary. The staff were dressed very unprofessionally and did not instill confidence. The "triage" staff was a tag team with little demonstrated evidence of medical knowledge and sorely lacking in even the most basic people or customer service skills. The wait to see a veterinarian was well over two hours, much of which was spent in an empty examination room that felt like a meat locker - way too cold for people and certainly unsuitable for a critically ill pet. That room was dirty with the urine from a prior patient coagulating in a corner. I had the unfortunate need for the unisex restroom in the lobby during my long wait and found it also to be dirty. I have been in cleaner bus station restrooms. The tall industrial wastebasket was overflowing with towels all over the floor so clearly, none of the fun-loving front desk staff had found the time at any point during the day to clean it or to direct it to be cleaned. As I checked out and paid, the front desk person put a call on hold and then expressed to a colleague, in my full hearing, that she was "sick of dealing with people on the phone so you take the call." So, if you get put on hold, that could be whats occurring. After paying, not only was my credit card returned to me but someone elses as well. Good thing for the card holder, that Im not the type of person to accept it. The only people who impressed me in the facility were a young man who seemed to be doing damage control with all the waiting room confusion and the technican, Kim, who returned our pet after treatment and thoroughly explained follow-up care. The geriatric cat that we brought to the facility had a number of ongoing medical issues but she was brought in due to sudden onset of distressing constipation, not a condition that had affected her generally stable state. She never rebounded from whatever was done to her in the back room and was returned to us in the lobby in a semi-comatose state after administration of a pain medication. She quickly spiraled and passed away several days later. In summary, I think that the owners of OSVS need to address a variety of issues regarding their facility, staff, service and delivery of medical care to return them to the level of excellence and professionalism that they once provided.

Ive taken my animals to Ocean State Veterinary Specialists for years now. First, it was a cat with leukemia. Dr. Junk (who moved away so is no longer with OSVS) and her assistant Shalom treated him regularly. He wasn’t the easiest patient, but they were incredibly patient and compassionate. They did everything they could to make sure he had a good quality of life for the remaining time he had. When he got worse, Dr. Junk helped us make the decision to euthanize him. The treatment team were always wonderful with us, too. That is extremely important to me. Caring for a sick animal is much more difficult for the owner than the pet, as the pet is fortunate enough to not have to deal with their own rational (or sometimes irrational) thoughts. I now take my cat who has diabetes and beginning stages of CRF to Dr. Benjamin Nolan. He’s fantastic and trustworthy. He clearly cares about his patients and is always available to answer all of my questions—and there are many. I could not manage her chronic diseases so well without his guidance. She also had an acute bout of pancreatitis this past year, and I believe the care that he and the other staff gave her while hospitalized saved her life. One of my concerns at the time was making sure that we were not going overboard with treatment just because it was too hard for me to let her go. I asked Dr. Nolan his opinion, and he truly felt that even though she was critical, if we could get her through the crisis she would be just fine after. That turned out to be true, and since then she has been doing extremely well. When I asked him point blank if it was time to euthanize her, he said, "not yet." I actually trust that when it really is time, he will help me make a decision to stop treatment and do what is best for her. Many other reviewers have said that the staff at OSVS are motivated by money. Ive had two honest and wonderful doctors, so that has never been my experience. Yes, it is expensive to get specialized care for a pet, but we are paying for the services of a state-of-the-art facility and the specialist that are trained to deliver it. When they recommend something like an ultrasound or other expensive test, they are following the highest standard of care. They always give an estimate that includes the minimum necessary care to the optimal, and discuss those options with the owner so that the owner can make an informed decision. She is doing incredibly well now…and I believe it is because she has gotten the best care possible at OSVS. 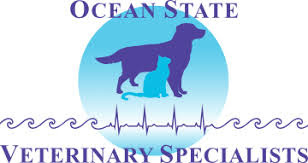 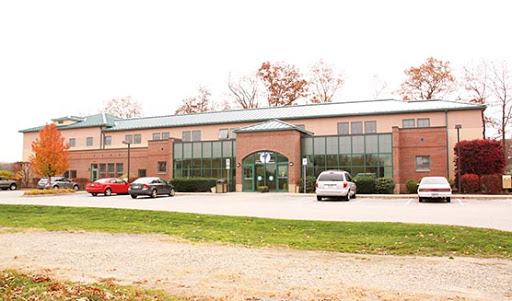 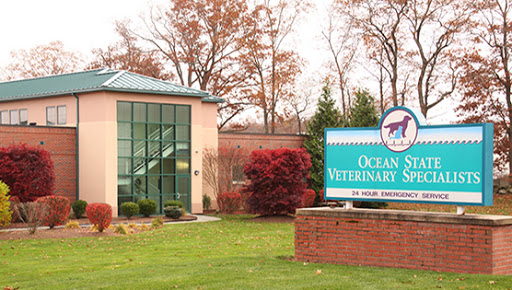 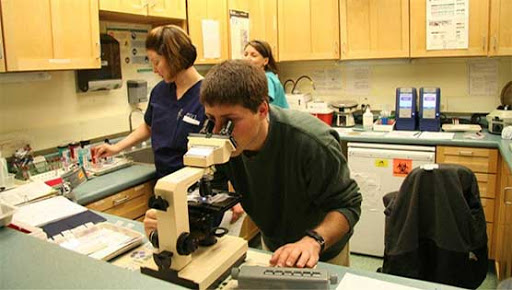 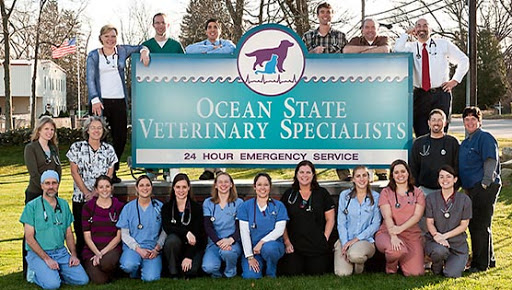 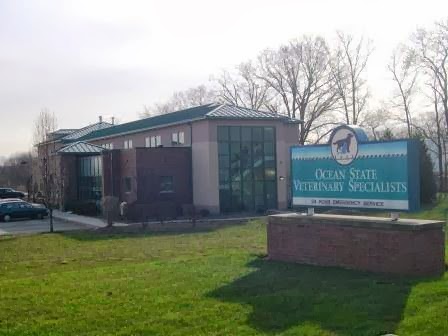 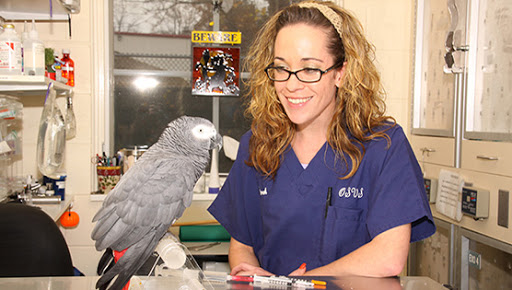 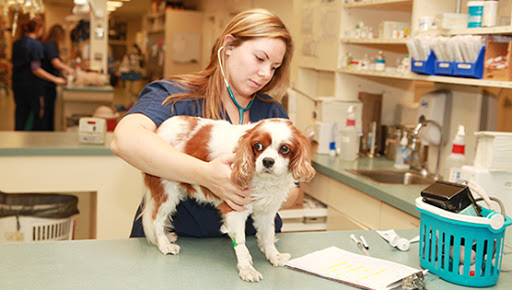 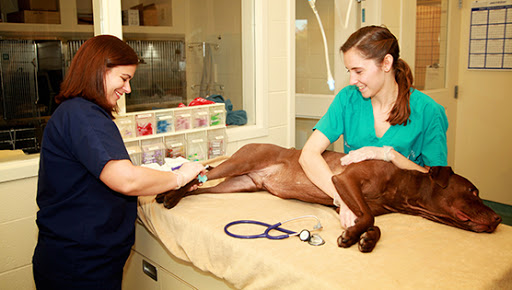