My usual dentist was on vacation. I had a severe pain in a tooth. I went to this office. Took x-rays, and they stated they could not find anything. Went home with pain killers and antibiotics. I returned 10 days or so later. This time lo and behold were able to see that there was a crack down the tooth. She attempted to get the tooth out, and after a few tries she could not. So I am take downstairs of their building to an oral surgeon. I was in the waiting room from 1:15pm until 4:30pm and finally called into a room at this time. The dentist from Dr. Gishs office originally told me it would be a very short wait and/or they would take me in once the surgeon arrived. Well that didnt happen. The surgeon comes in and numbs me up, leaves and then returns 25 minutes later. He attempts to get the tooth out and I looked at him, like he was on crack, you numb me up, then come back almost 30 minutes later and expect that I am not going to feel anything? But the following is what really concerned me. On the 18th, I had an appointment for a simple cleaning. A simple cleaning turned into a fleecing. The hygienist first question was did I take my medication this morning? I was confused. They then took 16 x-rays of my mouth. Why 16? Ive had my teeth cleaned many other times and NEVER had 16 x-rays done. The hygienist asked, (and in my opinion) if I had previously had these x-rays taken at another place, i feel to see if they would get paid for these x-rays. Then she said oh I see you have United Healthcare, I said NO, I have CIGNA. Hmmm? I wondered what was that about? Then the dentist came in and attempted to "sell" me on an implant. When I advised her that an implant would cost me $4500, she was incredulous but still insisted or implied that I should still get it done. I advised her that unless she was going to pay the majority of the implant, "it aint happening". So I get out to the front counter. The clerk that I was dealing with, seemed to have an attitude problem. Now I know why. So she is calculating the cost of all the "deep cleaning" I need to get done. Total $446 out of pocket. She also calculated how much a bridge would cost, $1235. She hands me a sheet, my exact same name but with a middle name and Sr. on the end. I asked her, what is this Debois as my middle name? I have no middle name. In addition, the DOB was wrong. She asked me did I have United Healthcare, I said once again no, and the hygienist just came out and told you that I told her I had CIGNA. THE FRONT DESK GAVE THE HYGIENIST THE WRONG FILE. So everything the hygienist was looking at was the WRONG file. She even asked are the last 4 of your SSN, so and so, I said NO. So lo and behold she redid the figures and $446 turned into $886 and $1235 turned into $1436. But before this she took my FSA card and charged me based on the figures under United Healthcare. So she gives me the receipt (now mind you this was after she discovered the mistaken file) and the receipt reflected that I PAID on the other persons account. I discovered this other mistake when I got home an hour later. So she then had to void the transaction. To verify I asked her to FAX to me the documentation to make sure they didnt screw this up also. Needless to say I will NEVER return to this place and plan on retuning to my previous dentist. I will be contacting HIPPA because I feel this was a clear violation of HIPPA laws.

I am appalled at how Dr. Gish office treats their patients. When my husband came home telling me they embarrassed him into paying $185.00 He was told that was the co-pay which did not sound right to me, so I did research and found out they billed me for all of her appointments, never submitted any of my daughters visit to my Dental carrier. I called them to say not to submit the check my husband gave at the office. I was hung up on, I tried calling again right away and conveniently even though it was only 4:45 their phone calls went to the service, no longer did an office staff member pick up. I wanted to know why they have not billed my dental carrier - all they did was receive the money from me so they never submitted to my insurance carrier. I pay premiums to guarantee I have 100% coverage, when I inquired why I owe the office money they stated that some products and procedures are not always 100% covered. Bad business practices are common at this Dental practice from what I have heard from other people.

This office practices malpractice with dentistry. Dr. Malik put a crown on my daughters teeth in August 2011. After 2 months the crown fell out. When Dr. Malik fixed the crown the 2nd time, she filed the 2 teeth next to the crowned tooth instead of filing the crown. The result is Dr. Malik damaged 2 good teeth! The office does not respond. Alice Gish was at work and would not address the problem. Sonia the office manager does not return phone calls or address the problem. The office gives you the feeling this has happened multiple times and they are used to complaints. DO NOT USE THIS PRACTICE! (If this review is any higher than a 0 it is giving faulty review scores everytime)

I have been a client of Dr. Gish and Associates for about 4-5 years and I go for general cleanings twice a year. I have met with Dr. Roberts who is just wonderful- she was very patient and showed concerned and wanted to make sure I was comfortable when I had to have a tooth filled. All the hygenists that I have had, have been super professional and polite. The receptionists this last time were super nice, during my visit last year they had different receptionists who were not customer friendly but they were not rude. I guess, my personal experience with this office has been a very good one. No complains so far.

Ive been getting my dentistry done here for 6 years, its so convenient, we can bring all 3 kids and all 4 of get work done at the same time, what a time saver ! I had a cavity filled this week and Dr. Bhatti and Mindy were wonderful, they are a great team, put me to ease and make the procedure very easy. My regular hygienist is Janhvi, she is very good and always makes that treated trip to the Dentist no problem. Would have gotten 5 stars but Karolina my original hygienist moved to a new office in Newtown and she was the best hygienist Ive every had in my entire life.

this morning i showed up for my appointment to see a dr. about serious pain associated with a wisdom tooth and i was turned away because i could not pay them that day, they didnt attempt to make arrangments so i could pay they just turned me away even though i was in severe pain. My father was a dentist and is retired and living in another state but he never conducted his practice in this manner. this just doesnt sound ethical or humane to turn someone in pain away. I dont know how you sleep at night. 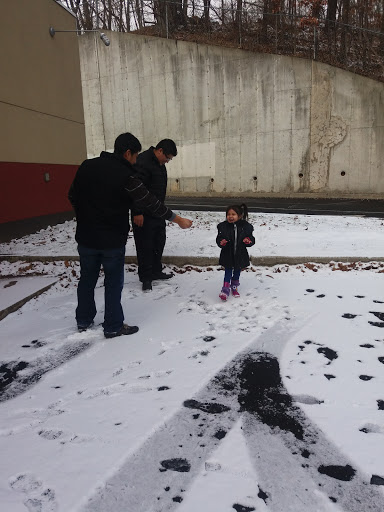