My puppy had a skin issue since the day we brought her home (she came home at 8 weeks on the 2nd of June and she is now 5 1/2 mths). We chose Gunston Animal Hospital as our vet because we heard good things about it and it was close. We had been to Gunston Animal Hospital so many times trying to get to the bottom of the issue. My dog was in such a state of uncomfortable-ness that she had chewed her belly up...it was bad. I took her back to Gunston Animal Hospital on Sept 10th and from the filth and uncleanliness of the floor she picked up an infection; 5 days later (Friday the 16th of September), I had no choice but to find an ER and take her to the Regional Vet Ref Center. She was seen rather quickly and she was treated so well. We left with a cone, and some meds. I paid $212, a lot less than what I have paid to Gunston Animal Hospital. The meds have cleared her up and she only wore the cone for about 24 hours. I couldnt bare to see her miserable. The rash is gone and I am so happy that she is no longer itching. Gunston Animal Hospital kept giving us medication and never really looked into the problem, but I believe she is allergic to the chicken that I was making for her for EVERY meal. I never had a dog before her, I really have no idea what I am doing. RVRC didnt get the opportunity to identify why her skin was breaking out, I switched it on my own. I am very disappointed that Gunston Animal Hospitals Vets couldnt simply recommend that that may be an issue. I received a referral to Regional Vet Ref Center from my doggy daycare, Reserved Barking, for dermatology and this is now my new Veterinarian. The facilities are so clean and the people are very nice and it is pretty close to my house also. If you are looking for a Vet, look no further!!!

We felt like they were trying to sell us a used car, not take care of our pet. We were presented an estimate of over $4500 for surgery without so much as an x-ray or ultrasound. When we inquired about options, they mentioned low cost vets, went to get us the relevant information, buy supplied us with financing options instead. When we continues to balk, the doctor said shed prepare us an estimate with a shorter recuperation stay (which would only reduce the bill by a few hundred dollars). When my wife asked about the price for euthanasia, we were told "Let me speak to my supervisor and see if theres anything else we can do about the bill". I later found out one of the employees said to my wife "You husband doesnt care about your cat, does he?". Never were we given the information we asked for, and the multiple trips to the back to "talk to" someone or "adjust the estimate" reminded me of the used car salesman going in the back to "talk to the manager". We finally got out of there after an hour of sales pitch, took our cat to Banfield, and discovered they were trying to charge us 2 to 3 times to going rate for the procedure they wanted to do, all without running any tests to see if surgery was even necessary. While I understand that surgery is expensive, even for a cat, I do not at all appreciate the lack of responsiveness to our requests, nor the "hard sell" tactics meant to back up into a corner and accept their recommended treatment and fees. We have already told Banfield about this unethical behavior, and are strongly suggesting to them that they stop referring their customers to this facility. We will also be writing other letters, both to Banfield management and the management of this facility.

I took my 9 year old Am Staff (Hugo) in for a routine procedure (he had edema and was having the fluid removed about once a month) on August 1st. Having had the procedure 2 times prior, one would assume they would keep a record on him, know the situation, and be knowledgable regarding the procedure. Hugo had a really bad reaction the 1st time he was sedated, so trip #2 we didnt sedate him, and now for the 3rd trip I had gotten a light sedative from my regular vet, which I gave him about 20 minutes prior to arrival. I told the vet tech the situation; been here 2x before, all they need to do is drain the fluid, and that I had given him a sedative. They took him in the back and that was the last time I saw Hugo. What they brought back was not Hugo. The vet (an intern) had taken it upon himself to sedate Hugo (without my knowledge or permission) and the vet tech obviously didnt communicate to him that I had already given him a sedative. So either way, the vet knew and didnt care, or he never knew, all of which is extreme negligence. At 12:30am, I hear him stumbling around downstairs. He had defacated on the floor and was foaming at the mouth. I let him out back and that was the last time I saw him alive. He died less than 2 hours after coming home from that horrible place. Please dont take your animals there, they do not care about anything but money. They do not run an ethical practice.

DO NOT take your pet here! My Vet was absolutely clueless!!! My puppy was not able to open her eye so I took her in, the vet, her name is Katie Parker, said she wasnt able to see what was in her eye so she would have to sedate my dog. After waiting an hour and a half and running a ton of tests she comes out and tells me she tried flushing the object out of her eye and that the issue could be a tumor or corneal ulcer and that I will need to see an Ophthalmologist right away. She said the object was in the shape of a figure 8 and she had in all of her years never seen anything like it. Basically she didnt give me an answer and sent me away clueless and to top it off she charged me $300!!!!! I take my pup to the Ophthalmologist and after 5 min the doctor determined it was a seed that got in her eye while outside and it took her seconds to remove it. Now my pup is fine and good to go but I am left wondering how Katie Parker can even call herself a vet. After an hour and a half you cant tell that a seed is what is stuck in my dogs eye but another doctor can tell in 5 minutes? Its not like it was lodged in the back of her eye it was on her pupil. The motto of this place is "We love your dog like you do" it should be called... "We love your wallet more than you do"! Such a rip off!

Use to work here so I came here with an emergency thinking that they would fix the laceration on my pup. Nope. Didnt even clean it or take away he dead skin. Didnt give a strong enough antibiotic. And from stapling the dead skin that they didnt cut away the skin just detached even worse. After getting robbed by them and had to go to my primary Gray Fox whom I will recommend to anyone they are amazing and in this field for the right reason. She had to have all staples removed and skin cut and stitched. So my poor baby had to go thru even more because they didnt do it right the first time. Not ok. At all. And I am not saying it because I worked here. They completely butchered my dog and left her in pain. Even called to see if they would fix their mistake and they wanted to charge me even more than the $300 that they did to do nothing. Crazy that my primary charged less to do double work since they had to fix their mess up. This place is like a cancer. DO NOT TAKE YOUR PETS HERE. They do not care about anything more than making a dollar. 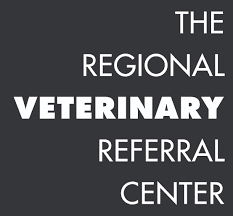 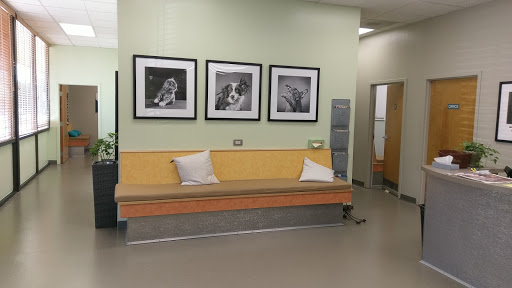 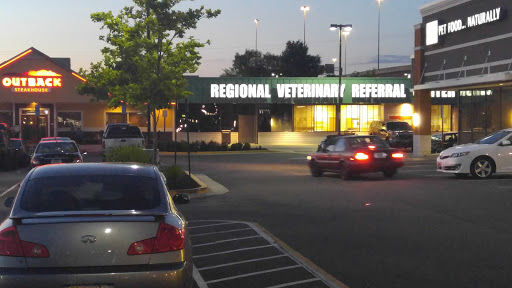 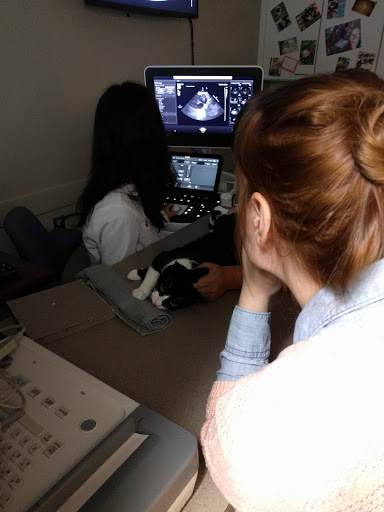 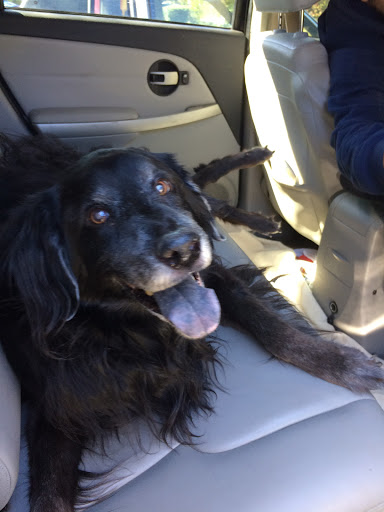 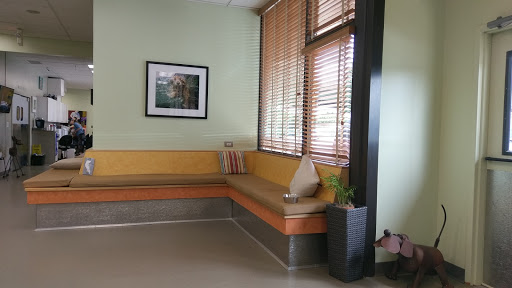 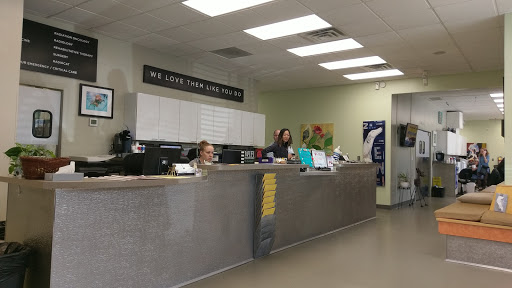 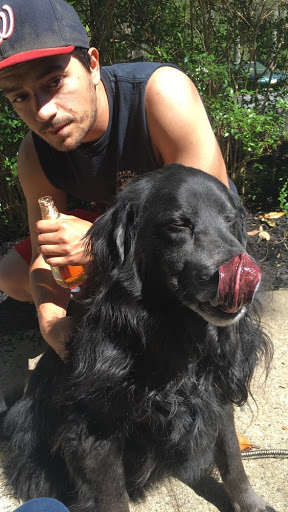