They dont even deserve 1 star but Google requires something. Wrote the same review with Yelp. UC Health emergency room is a joke! Completely incompetent and arrogant staffing. I was the ONLY one in there and they spent hours bumbling around. I will NEVER visit this horrible facility again! AND gave me the wrong antibiotic. When I called a few days later to have it corrected, they refused. I spent more money seeing my primary care doc to get the right prescription. This facility should be shut down or at least inspected. What a bunch of idiots! Then, as Anne W. mentions in Yelp, the billing nightmare. I did not receive a bill and called to asked about it, I had already received my EOB from my insurance company. I was told ,its on its way. 2 months later, I do get the bill and they have the audacity to claim they sent 2 bills before and now this is my 3rd notice. I never got notice 1 and 2. There are plenty of choices in this town, DONT choose this facility unless you want slow, incompetent service and completely screwed up billing! This company is pathetic and should be embarrassed of themselves. Same goes for their urgent care.

My daughter was rushed out the door, and collapsed when they tried to get her from the wheelchair to the car. They graciously allowed her to go back to a bed. Twenty five minutes later, when asking what to do next, her boyfriend was yelled at by the Doctor. I arrived, and was escorted to her room, where the nurse introduced herself and said "We really need to get her out of here, can you get here out of here?". I could and did. Six hours later she was still running a 100+ degree temperature. Perhaps the staff should consider that people come in to be helped, and most young people are often afraid. Professionalism would help, a lot. I will not return. Nor will my children or wife. I urge you to find a place that actually cares to do something more than move people like livestock. Why two stars? The receptionist was polite. EDIT: I called the number provided to express my concerns. I got a voicemail, and left my number. One week later no response.

The care was OK. Its been 8 weeks since we visited the ER, for a very minor issue and we still have not received a bill or Explanation of Benefits from our insurance. After carefully scanning and writing down the patient insurance information and billing information, the hospital does not bother to share the information with the ER physician so he can bill insurance . We got a bill from him, and then we had to call them and give them all the information they needed to bill. Dont we have the Electronic Patient Records act where this information is shared among providers? Being proactive, I called the UC billing dept and they have no record of the bill after 8 weeks. What? The rep stated that well , yes it can take more than 8 weeks to get it out. For this reason, I would not use this hospital system again., even though the doc and staff was fine.

I came here yesterday to the emergency room for abdominal pain. My nurse, Ellen, was so kind and went out of her way to show me my test results and labs. My tech, Mac, was amazing and gave me the fastest IV Ive ever gotten. My CT was administered by Mike, who told great stories and treated me with respect. They found out that my appendix needed to be removed. Thankfully, they have an outpatient surgery center attached. My nurses on the surgical side were exceptional, funny, and so caring. Jessica and Barbara did my pre and post op, answered all of my questions, and made CERTAIN that all of my concerns were addressed. They introduced me to my anesthesiologist, Dr. Irelan, and my surgical nurse, Heather.

I was sent to Grandview by my physician who seen my for abdominal pain. I went into the ER and was called back immediately. My nurse, Glenn, was very kind while taking my vitals and blood. The doctor came back shortly after to let me know they would be conducting ultrasounds on me. Stephanie, the woman who did my ultrasounds was very reassuring and sweet. She made the experience much less stressful and collectively, they figured out my issue and sent me on my way. I was in and out of the ER within 2 hours. Best patient care I have received and in the quickest amount of time considering all the tests they ran. Amazing!

Make sure this hospital is in your network before you subject yourself to subpar care. Bring part of the UC Healthcare system does not guarantee they are considered to be in network for your insurance. I have one of the largest insurers and they are considered out of network. Because I trusted the CU Health system I am now paying thousands more. I was admitted with diabetic ketoacidosis via stand alone CU emergency room. It took a good hour before anyone showed up to evaluate me. At this point everything the ER staff did to stabilize me had worn off. I would never recommend or elect to go back to this hospital.

My daughter was released from penrose main ER with severe abdominal pain, and knowing something was very wrong, we decided to take her to Grandview. They took her right back, and ran her labs, and it turned out her kidneys were failing. She was sent to pediatric ICU. Without Grandview, she could have sustained permanent kidney damage. They were fast, kind, and compassionate. As a person with chronic illness, this is the best ER I have been to. As for the billing issues, yeah they might be slow, but I prefer quality health care over quick billing.

Without a doubt the best ER experience Ive ever had. Made to feel comfortable and in good, friendly hands. If you have to go to ER and hate the terrible wait, this is the best choice in the Springs. Just 1 suggestion..in the bag you give on discharge, maybe change out the suckers for kids with stickers?

My girlfriend and I came in after being sick for two weeks and were met with a doctor who treated us poorly and judged our reasoning. If we were white and looked more "conforming" we most likely would have had a better experience. Its sad to see professionals act this disrespectfully.

This was the best experience Ive ever had at a hospital in Colorado Springs. I could tell the nurses as well as doctor genuinely cared about my health and symptoms. I spent more time talking to the actual doctor than I did waiting and talking to the nurses. This place is fantastic!

Went into the Emergency room for a sprained ankle and was seen as soon as I filled out the required paperwork. The staff was so courteous and sympathetic to my injury. I was in and out of this emergency room in one hour. Definitely recommend this hospital to anyone.

This was the most pleasant emergency room visit Ive ever had. I got right in, and the staff was upbeat and helpful and sweet from beginning to end. The doctor was personable, knowledgeable, and thorough. I would highly recommend this place.

Ive never been treated with such kindness at a hospital! The nursing staff is great, and I havent had any issues with any of the physicians! Thanks for taking care of me so well! I will use only this ER from now on!

I was seen in the ER. I need to follow up with my primary care dr. This was the best care i have ever received in an ER. They made sure I was comfortable and were nothing less than amazing. 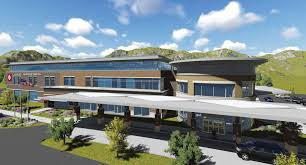 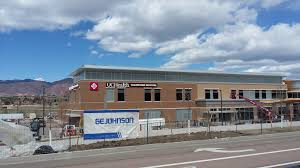