First off I was walking in with the 10 on the pain scale. If I had to circle it on the chart it would be the most traumatized smilie face on the far right. I was in the early blistering stages of shingles. Needless to say I was a little out of my head and a little irritable. Avery welcomed me in right away and apologized right off the bat because even though I had filled out some of the preauthorization forms online I still needed to complete some forms in pen. I was little put off because the aforementioned conditions but when I finally understood what he wanted I went to fill it out. It took 20 minutes to process the patient before me. They were there when I walked in at 9:20 for my 9:30 appointment. There was a mix up with this patients paperwork and this did delay my check in and eventual visit but these things happen. As I am obese my side that had the rash were rubbing against the chair and against itself so I was in clear visible pain. Avery saw this. When he saw how much pain I was in he told me he is getting me in as soon as possible. And he did. Withing 2 minutes my paperwork was processed and I was doing intake tests. I walked in at 9:20 and walked out at 10:30. 45 minutes total is not that bad for a doctor visit. I was expecting an arduous 2 hours but since I was early I was hoping for a clean 90 minutes. These guys got me in and out fast. Well as fast as they could. The patient before me took a little extra time and that sometimes happens but when Avery was able to put his attention on me he reacted quickly and, I feel, with compassion. So I AM going back and I would recommend this place to anyone. Side note- very clean.(Important in a health facility[to me at least])

This is hands down the most wonderful health care experience Ive ever had! From the moment I arrived, it was made clear that my care was the priority of the facility. I was warmly welcomed by the office staff, given forms to fill out (thankfully short!), and seen almost immediately. The PA was personable and professional, and got my vitals and made an initial assessment for Dr. Price in just a few minutes, and they began to treat me for a burn I had suffered that afternoon. Then Dr. Price came in. Its hard to put into words the level of true compassion he shows for his patients. He was extremely professional, but with a personal touch that makes you feel you are the only patient he is seeing that day! He spent all the time necessary discussing various treatments, considered my input, and formulated a treatment plan. I actually wanted to hug the entire staff when I left. I dont wish health issues on anyone, but if they happen, you couldnt be in better hands!

I went in to urgent care and was assisted at the front desk by Christie. After verifying my insurance, she stated my insurance was inactive. I explained to her I specifically called the insurance company before I came and verified the coverage and benefits. She refused to hear it and kept telling me Id have to pay the $400+ and take it up with my insurance myself. I went out to my car and called the insurance company a second time, getting the same information that my insurance was active. The insurance representative was willing to speak with Christie and provide her benefits, coverage, and a reference number, but she declined that as well. When I asked for a manager, the exact response I got was "She isnt here right now. And she would tell you the same thing anyway." Absolutely unprofessional. Why go here when there are tons of other places nearby with much better customer service?

These scumbags took my credit card info, and I paid my bill AT the clinic. Afterwards, 6 months later, I get a call from a "debt collector" (seriously) that I "owe" 153$. They said 40 is a late fee. LATE FEE FOR WHAT?!?!?!? I never even got a bill! This company is classless. Nobody called me to tell me my insurance denied the claim. I would have done THE EXACT SAME THING I DID THERE and pay AGAIN on the spot, a measly 110$ (clearly they need it more than I do, sending honest people to debt collectors instead of being a human being and ASKING for your payment). You rude dirtbags make me sick. As a real estate investor your childish, inconsiderate, lazy action costed me WAY more than 110$ (40 or it is a lie, I was NEVER late) and now wasted my time to contest this with Equifax. Screw you

In the past, I have had nothing but negative experiences with walk-in clinics. The front desk is rude, the doctor is either also rude or does not care about you at all, talks to you like youre an idiot, & they push extra treatment that you dont need. Instead of treating you like a human, they treat you like an ATM. This was not at ALL the case at Texas Urgent Care!!!!! As soon as I walked in, the front desk was attentive & kind. I was seen as soon as I turned in my paperwork. I told the nurse my symptoms & assumed I would repeat myself to the doctor too. He came in, already knowing my symptoms, & immediately went to action. Whatever they are doing, they are doing it right!

My daughter fell off the playground and hurt her arm. My husband insisted on an x Ray to rule out a fracture (I didnt think it was fractured). Her regular doctor would have to see her and then refer her to a radiology clinic, which would take days. She needed to be seen fast incase there was a fracture. I was pleased to hear about this clinic and that they would be able to help us. Otherwise I would have had to take her to the emergency room which is a $150 co pay and 20% of anything done. At Fastmed we paid $25 co pay and were in and out (no fracture) in about 30 minutes. The staff was courteous and professional. Overall very pleased and would definitely recommend.

I visited with my preschool-age daughter in the early afternoon, and they got us in right away. The staff--both the receptionist and the physicians assistant--were very friendly and caring. The PA engaged my daughter in conversation and made her feel at ease. The atmosphere was also very welcoming. The waiting area was clean and inviting. The patient room was one of the best Ive ever seen. There was a fun mural on the wall, a TV playing a PBS kids show, and a few toys and books to make our (short) wait pass quickly. This location definitely exceeded my expectations for care.

In-person service was impersonal at best which I can live with but after my visit they botched my bill with my insurance and dragged it out to where eventually they switched ownership and then sent me the bill. I asked them to handle it with my insurance because that is the point of being insured right? Of course I dont hear back and then they sent to creditors. This is the part that really shocked me, as I was not even given a call back, a warning or an option for a payment plan. But then I sat and thought...why should they care about me when they already got paid? 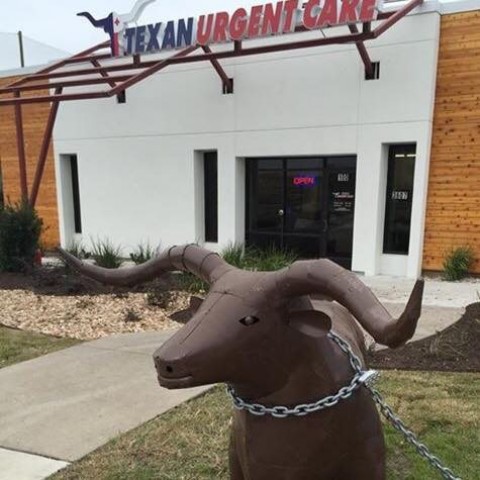 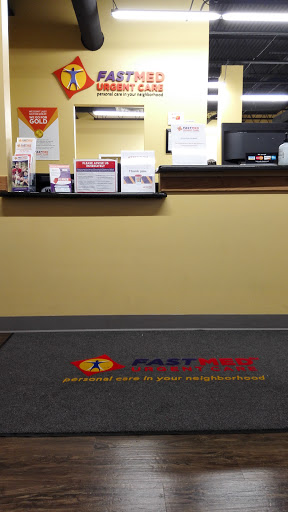